Members of the National Assembly Wednesday considered and adopted a motion to “Return Thanks and Appreciation” to President YahyaJammeh for the generous gesture of granting and declaring a pardon, as well as ordering the release of all those prisoners serving various prison terms, ranging from treason, to murder, rape, drug trafficking among a host of others, from 1994 to 2013, as well as for forgiving all Gambians in exile.

The motion followed the Presidential pardon of prisoners convicted of treason, murder, rape, drug trafficking and a host of other crimes from 1994 to 2013, as part of marking the celebrations of the 21st anniversary of the 22nd July Revolution.

Hon. Fabakary Tombong Jatta, member for Serrekunda East and the majority leader, thanked all his fellow deputies for considering and adopting the motion.

He said what President Jammeh did was a surprise to the whole world, and that those who were saying bad things about him would now have nothing to say.

“There are some people who always want to see the failure of this government, but thanks to the Gambian people, especially the women of the country who are both day and night behind the Gambian leader,” he said.

The majority leader said people should not see the pardoned prisoners as ex-convicts, as they are part of the society, and are responsible people who were holding positions in the country, and could still work towards the development of the country.

“Prison is not a centre for punishment, but to open up and for them to realise their mistakes,” he said, adding that the surprise pardon could only be done by great men like President Jammeh. Therefore they are proud to have such a leader, he added.

“We have nothing to pay President Jammeh, but just to return thanks and appreciation to him,” he said.

Hon. Jatta also thanked the minority leader – from the National Reconciliation Party (NRP) - for the excellent comments he made about the President.

NRP are the only opposition party that fielded a candidate to contest for the by-election in Lower Saloum, he said, adding that “this is part of democracy, and is what is expected of a genuine opposition.”

In his remarks, the NRP parliamentarian Hon. Samba Jallow, who is member for Niamina Dankunku and the minority leader, also thanked President Jammeh for the “good thing” he had done.

He added that the Gambian leader has surprised the whole world, because “nobody was expecting this”.

Hon. Jallow said that many people have had nothing to say about the forgiving spirit of the President.

“If you look now, one can say that the prisons are empty and this has shown a good sign of leadership,” he said.

Jallow said the whole country is happy about the pardon, as it is also very important because it would reduce costs to government, since government was using state resources to feed the prisoners.

Nominated National Assembly members Seedy Njie and Babou Gaye Sonko, as well as Hon. Alhagie Sillah, member for Banjul North, Hon. Habsatou Jallow, member for Nianija, and other members of the house expressed similar thanks and appreciation to the Gambian leader. 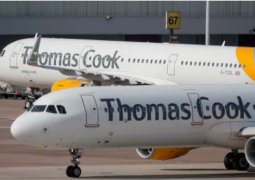