Kebba Sallah opened the score line for Dumos United in the 9th minute from a brilliant shoot.

Malick Lowe sealed the victory for Dumos United in the 19th minute from a wonderful strike.

Amsterdam FC were reduced to ten men in the 52nd minute when Musa Trawally was sent off after being shown a second bookable offence for unsporting behaviour.

Lamin Darboe of Amsterdam FC received a direct red in the 81st minute, barely a few minutes after he was substituted.

In the 3pm kick-off on the same day, Piccadilly FC defeated Sohna FC by 5-4 on penalty shoot-outs after a goaless game.

Dumos United and Piccadilly FC have both advanced to the next stage of the championship after winning their opponents in the competition, which is being played as a knockout format. 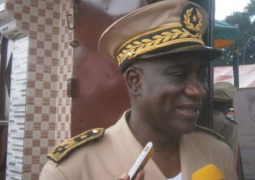