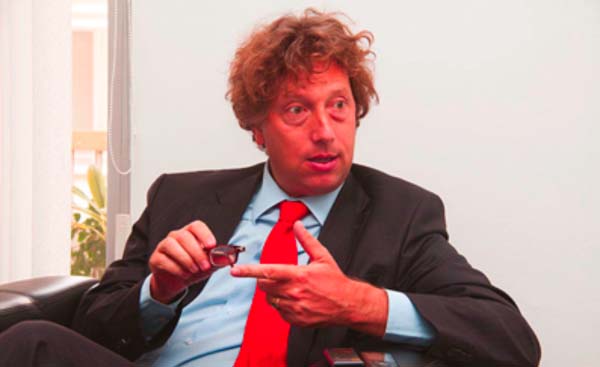 Ambassador Pieter Jan Kleiweg De Zwaan of the Embassy of the Kingdom of The Netherlands in Dakar has said that they expect about 25,000 Dutch tourists to come to The Gambia next season.

Ambassador Pieter, who was speaking at the Kairaba Beach Hotel on Wednesday during the signing of a bilateral air services agreement between the Gambia government and The Netherlands, said they are the second major contributor of tourists to The Gambia.

Because of the Ebola outbreak in Africa, he said, there was some fear in much of Europe, and as such last year’s tourist figures dropped.

“The good news is that the fear seems to have gone and bookings are going really well for next season, which will start in October,” he stated, adding that they expect about 25,000 Dutch tourists in the 2015/16 season, which is more than the number of tourists that have been coming to The Gambia prior to the Ebola outbreak.

He went on to describe the agreement as a win-win partnership for both countries, and looked forward to implementing the agreement so that more Dutch tourists could come to The Gambia.

The agreement has articles on air safety, taxation, how to deal with dangerous cargo and non-discrimination, he pointed out, and that planes from The Gambia will have the same rights as planes from other countries.

The agreement is a treaty that symbolizes friendship, confidence and trust between the two countries, he continued, and that it will ease doing business in The Gambia and pave the way for more tourists to come to the country.

Abdoulie Jammeh, Director General of the Gambia Civil Aviation Authority, in his remarks, said the finalization of the agreement will facilitate transportation of people, goods and services between The Gambia and The Netherlands.

It will also provide a solid platform for increased economic interaction; and contribute to combating threats to aviation, including terrorism, by enforcing sound security measures at airports for the safety of passengers and other stakeholders.

He recalled that in November 1990, The Gambia and The Netherlands proposed the signing of a BASA, which was eventually signed in December 2013 during the International Civil Aviation Negotiations meeting in Durban, South Africa.

He added that, during the meeting (ICAN) the two country’s aeronautical authorities entered into an MOU to review bilateral aviation and air transport relations.

“In view of the growing economic importance of air transport in The Gambia, the conclusion of this bilateral air services agreement is a priority,” he went on.

Mr Jammeh described the signing as an indication of the Gambia government’s strong support and commitment to deepening its relations with the rest of the world, by promoting the movement of goods and people through air transport.

DG Jammeh went on to describe air transport as a catalyst for economic development, as it is through this mechanism that people, goods and services can move expeditiously from on point to another.

“For tourism, business or commercial activities to be enhanced, there must be an efficient and reliable air transport system offering good connectivity at affordable costs for passengers and cargo” GCAA DG Jammeh added.

“Visitors from The Netherlands constitute a large number of our tourism segment, which in itself is an indication that our two countries are naturally bonded and, as such, a lot could be achieved between us.”

“By the end of 2016 the apron at Banjul International Airport will be twice its current size to cope with significant increases to flight frequency to and from our airport,” he further stated.

They are currently also engaged in other developments under a $33 million airport improvement project, towards maintaining a high level of compliance with best practices in the aviation industry, he continued.

With the mutual benefits attached to the agreement, Jammeh said he is confident The Gambia and The Netherlands would work towards increasing air service links between the two countries, and thereby maximize social, economic and cultural ties.

Abdoulie Camara, permanent secretary Ministry of Transport, Works and Infrastructure, in his remarks, said The Gambia will continue to deepen its diplomatic ties with The Netherlands by fully co-operating and supporting the promotion of air transport.

“The Netherlands is only a few hours from The Gambia and the tourism figures shows that it is second to the United Kingdom in terms of tourist visitors to The Gambia,” he noted.

This tourism build up was not achieved over night but through the sincere and friendly atmosphere that the two countries have created for one another over the years, he added.