Prosecutors have pressed murder charges against one Isatou Foon accused of murdering one Rohey Mboge.

Isatou Foon recently pleaded "not guilty" before Justice Moses Richards of the Special Criminal Court of the High Court in Banjul.

According to the charge sheet, on 16th September 2009, at Palma Rima Beach in the Kanifing Municipality, the accused, Isatou Foon, murdered one Rohey Mboge, a minor by strangling her with a rope and dragging her into the water, knowing that death was the probable consequences of the act.

At that juncture, state counsel M. Davies Sowe applied to the court for an adjournment to enable her call witnesses.

The application was granted without any objection from defense counsel Pap Yassin Secka.

Consequently, Justice Richard remanded her in custody, and adjourned the case to 21st January 2010. 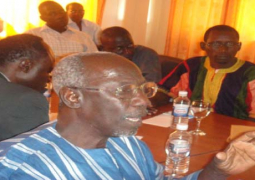