Dawda Bah and HJK Helsinki will play hosts to IFK Mariehamn today in the semi-finals of the Finish Cup at the Finnair Stadium.

The Veikkausliga side Mariehamn, who are the surprise  of the championship, have so far failed to put up a respectable performance after still finding themselves fixed at the bottom of the table in 9 fixtures and at 6 points.

HJK has so far gained the upper hand in all the 15 encounters between both sides.

In the head-to-head statistics for both sides, HJK beat Mariehamn eight times, drew in six occasions and lost once to fellow semi-finalists.

HJK, who beat VSP 2-0 to proceed to the semis in the quarter-finals last week will be challenging for the mantel of leadership after winners, Inter Turku failed to make it past the quarter-finals. They were shockingly booted out by semi-finalists Mariehamn who enjoyed a 2-1 win at home.

KuPS will take on TPS in the other semi-final also set for today.

In the Finish league, Erfan Zeneli and Dawda Bah were on target in HJK generous home victory against MyPa on Sunday in the finish league. 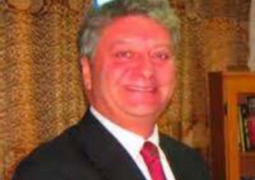