A man was recently granted bail of D100,000 by the Brikama Magistrates’ Court, presided over by Magistrate Babucarr Secka.

Yusupha Cham, a driver, pleaded not guilty to a charge of rash and negligent driving causing death.

The alleged offence revealed that the defendant, Yusupha Cham, on 15th December 2010 at Brikama in the West Coast Region, drove a motor vehicle with registration number A54 NGO7, in a rash and negligent manner, and thereby caused the death of one Yusupha Jawara.

The police prosecutor applied for an adjournment as the case was just for mention, and the case file had been sent to the Attorney General’s Chambers for legal advice.

At that juncture, the case was adjourned to 29th December 2010. 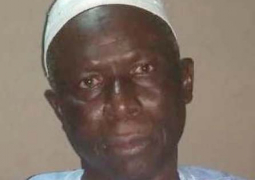