Ensa Saidy, a driver, was on 2 January 2014 arraigned before Magistrate Bojang of the Kanifing Magistrates’ Court for alleged theft.

He denied the allegation.

The witness, Yunus Komma, told the court he lives at Sukuta Nema and he is a marketing officer.

He said he recognized the accused, stating that on 8 November 2013, he and his partner, Marion De-Graat, who is a Dutch philanthropist, rented the accused’s vehicle to go to their working site where they were building a hospital.

He adduced that the accused picked them at the Baobab Hotel to Palma Rima junction where they stopped to collect some money.

He narrated that they proceeded to Kairaba Shopping Centre and he asked the accused to park the car around the shopping centre.

He said further that the accused told him the place was full and decided to park in front of a compound.

Komma testified that he and his partner alighted from the car and went into the shopping centre, adding that he warned the accused that they had very important items in the car but the accused assured them that they were safe.

He posited that after they finished their shopping, they met the accused at the cashier’s counter, adding that they packed all the items they bought and went to the vehicle and found all the doors of the vehicle locked.

None of the glasses was broken, he testified, saying the accused also used his key to open the door of the car.

Komma adduced that they found out that a bag among the items was missing.

He mentioned the items the bag was containing.

He said he asked the accused about the missing items but he told him someone could have used a master key.

Komma further told the court that the accused told him he saw an old man standing near the car smiling, when the witness warned him about the important items.

The accused told him the old man entered into the compound, Komma explained, adding that the accused used his hand to open the gate, which was locked inside, and unlocked it.

He stated that they entered and found the old man with the members of his family, adding that the old man told him he knew nothing about the theft.

He testified that they reported the matter to the Latrikunda German Police Station.

Under cross-examination, the accused said: “I put it to you that on arrival at the shopping centre, you asked me to park the car aside.”

“I asked you to park it at the shopping centre,” said the witness.

“I put it to you that I did not meet you at the cashier’s counter inside the shopping centre,” the accused challenged.

“We met at the cashier’s counter,” Mr Komma replied.

“I put it to you that all what you said is not true,” the accused said.

“All what I said is true,” the witness, Mr Komma, answered.

At this juncture, the prosecutor applied for an adjournment to call her next witness.

Magistrate Bojang granted her application and adjourned the case till 16 January 2014.

He also granted the accused bail of D100,000 with two Gambian sureties with ID cards, and the sureties must swear to an affidavit of means.

The particulars of offence stated that the accused on 8 November 2013, at Kairaba Shopping Centre, in the Kanifing Municipality, stole from a motor vehicle registration number BJL 6030C the following items: one bag, a laptop, a passport, an air ticket, a notepad phone, a digital camera, an eye glass, a battery, a charger, a calculator translator and the total value is 3,600 Euros and cash of D49,000, being the property of Yunus Komma, and thereby committed an offence. 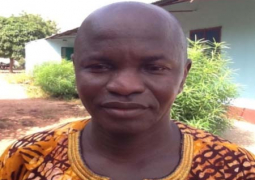 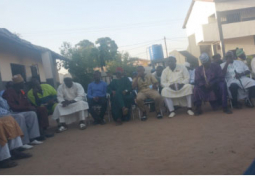