Members of the National Assembly have yet again emphasised the need for the Department of State for Agriculture to be more responsive to the needs of the poor farmers.

In their contributions to the debate on the 2009 Budget Speech presented earlier by the Finance Secy., Hon. Musa Bala Gaye, deputies said the sector has the potential to contribute meaningfully to the reduction of poverty and the attainment of sustainable development. This, they however argued, could only be achieved if farm inputs are subsidised and made available and affordable.

Members also expressed the need to create market outlets for farm produce and for agric-extension workers to reach out to the grassroots and work closely with farmers for improved productivity.

In his contribution, Hon. Cherno Jallow, member for , appealed to the Department of State for Agriculture to establish a mixed farming centre in his area, saying this will no doubt boost agricultural productivity.

Hon. Saikou Susso of Kantora stressed the need for fertilisers to be made affordable to farmers. Also contributing earlier, Hon Babanding Daffeh of Kiang Central, who forms part of the minority in parliament, hailed the increment in the budgetary allocation for the agriculture department. He however, noted that more funds are needed for the department to effectively decentralise its services.

Hon. Lamin M Bojang of Kombo East expressed the need for farmers to diversify their activities. 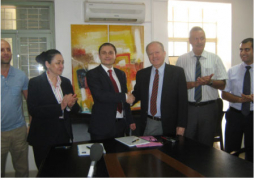 Shyben A. Madi and Sons Ltd is official Land Rover distributor in The Gambia