National Council for Civic Education (NCCE) has continued its civic and voter education in earnest to sensitise the masses of our people about their rights and obligations, as well as freedom and voting responsibility across the length and breadth of the country.

From the Central River Region (CRR) South and Upper River Region, the NCCE has now reached out to the people of CRR North and North Bank Region, where 40 communities (20 from each of the two regions) are currently being sensitised on their rights and responsibilities as citizens of this country.

This is being done by the civic education council as the December 1 presidential polls fast approach.

Such a move by the NCCE would enable citizens to fully participate in the governance process of the country, through the promotion of political and civic consciousness.

The exercise would, indeed, help greatly in putting the citizenry up to speed with the nitty-gritty of especially the upcoming elections, as people are enlightened on the essence to vote, to be voted for and to fully exercise their universal suffrage in the democratic process of the country.

The Gambia, it has been noted, has been experiencing low voter turnout over the years in past elections. And one of the reasons for the voter apathy is lack of adequate sensitization of the public of their civic responsibility to vote in elections.

This situation should, therefore, be reversed through constantly educating the people, as the NCCE is doing, on their voting rights, and why such a right should be exercised in choosing those they want to run the affairs of the country.

The women and the youth are especially challenged to change their attitude towards politics, as they constitute the majority of the population, but “do not mostly fully take part in politics”.

Adequate civic education of a people brings peace and stability to a nation. Therefore, such civic and voter education programmes should be enhanced and sustained for peace, stability and progress to prevail at all times.

We say bravo to the NCCE and all institutions and agencies supporting and promoting civic and voter education in this country! 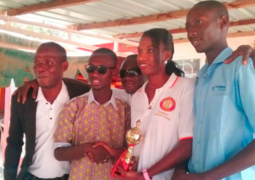 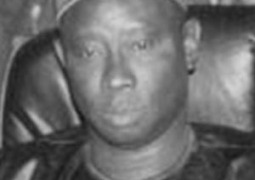