The Chief Executive of the country will later today crossed over to the other side of the River Gambia, to the North Bank Region, as he begins his Dialogue With the People tour.

We are told that President Jammeh will today hold a mass rally in Farafenni, to be followed by other engagements.

The tour, apart from the euphoria that it will generate in our villages and towns, will also give the people the rare opportunity to come face to face with their No. 1 servant.

Talking of No. 1 servant, one is made to believe that this tour will serve as an extremely important platform for those who elected the President to ask him whether he had made good or is making good on his promises, before they elected him into office.

The tour should not be all about dishing out money or merry-making!

Rather, it should provide the opportunity for poor farmers to ask the President what his government is doing about the groundnut trade problem; it should allow the farmers to ask him why they still continue to suffer from government’s inability to create the enabling conditions for the sale of their nuts.

The tour should give the chance to people, few though they may be, to ask the President as to why they still live in their villages and hamlets without access to safe drinking water.

The tour should be used as a platform for the President to explain to the people the reason(s) for the astronomic rise in the price of basic commodities, and what his administration is doing about it.

With claims of the health sector recording significant gains on the other hand, the President should explain to the people about his administration’s position vis-à-vis the rise in the rate of people referred to private pharmacies by our hospitals and health centres to buy life-saving drugs.

The issue of people arrested and detained beyond the 72-hours constitutional provision; the issues of the crater-like potholes on our roads; the power supply problems are some of the issues that should be talked about during this important engagement of the President.

Indeed, this tour should allow people to sincerely express their concerns, and the problems affecting them. No praise singing! No flattery!
‘Three things cannot be long hidden: the sun, the moon, and the truth’ 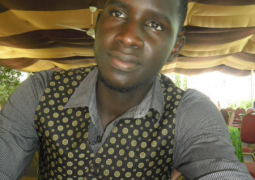