Magistrate Tabally of the Kanifing Magistrates’ Court recently convicted and sentenced one Omar Conteh to a mandatory jail term of twenty-four months with hard labour.

Conteh, who pleaded guilty of the charge of stealing from a dwelling house, was also ordered to compensate the complainant D20, 000.

The court also ordered that the recovered items be returned to the owner.

Narrating the facts of the case, Cadet Inspector Touray stated that it happened on 11 July 2011, at Barrtess Serrekunda when the accused and a guest of the complainant were suffering from headache and the complainant decided to leave his key with his guest.

He said when the complainant closed from work he realised that his door was opened and the accused was nowhere to be found until the following day, adding that the complainant went to his family’s compound to get another key.

He narrated that when the complainant opened his house he realised that some of his things were missing, stating that the complainant later saw the heat transfer machine in one of the shops.

He said the matter was later reported to the Serrekunda Police Station, where he was given a police escort to the said shop and the shop owner promised he would call them when the accused came back to confirm whether the machine was in good condition.

Cadet Inspector Touray further narrated that the convict was later arrested and confessed in the presence of an independent witness for also stealing the I-phone. 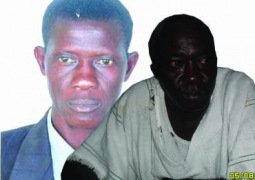