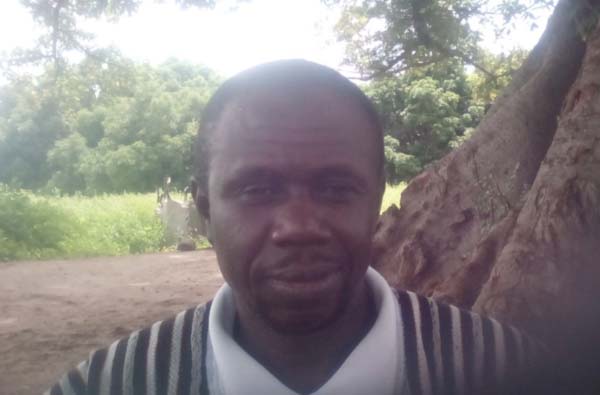 The Deputy Minister for Agriculture, Ousman Jammeh, accompanied by a team of agricultural experts, handed over six newly rehabilitated mix farming centres across the country.

The rehabilitation of the multimillion farming centres was fully funded by the Government of The Gambia.

Held at Bakindiki, the handing-over of the centres to the community was part of the deputy minister’s familiarization tour.

The government spent millions of dalasi on the facility hence Deputy Minister Jammeh encouraged the beneficiary community to take good ownership of the centre.

In his remarks on the occasion, Deputy Governor of North Bank Region, Mustapha Saidy, hailed the people of Bakindiki as hardworking, who always rally behind the Jammeh administration and the APRC party,

The centre, he noted, will serve as an instrumental avenue to the Ministry of Agriculture and will boost food production in the North Bank Region.

He advised the beneficiaries to effectively utilise the facility.

“President Jammeh,” he went on, “wants to make sure The Gambia and her people achieve food self-sufficiency.”

Mr Saidy encouraged all to work hard to achieve the Vision 2016 aspirations.

The Director General of Agriculture department, Sait Drammeh, in his remarks, said the centre is expected to be used for animal husbandry and fish farming as well as seed-raising.

He tasked all the staff to use the structures wisely to achieve its objective.

The tour party later proceeded to the Gambian leader’s groundnut farm in Sika village, where the officials had chance to go through the fifty hectare farmland led by captain Salifu Corr in charge of Kanilai farm in North Bank Region, from Sika to Chila.

The high-powered delegation paused in Jurunku to express their observations.

Their impression is pretty encouraging, Mr Drammeh said, as they commended the respective communities for what they described as a job well done.

“The Ministry of Agriculture will continue to support and commit itself to the development of upland production through the establishment of centres like this, which will serve as a springboard for technical advice to the local communities,” he added.

In his address, Director of National Agricultural Research Institute, Ansumana Jarju, said his department is working hard to fight against aflatoxin, a viral disease which affects groundnuts.

He maintained that the virus causes great loss to farmers at the international market.

At Kerr Jarga in Jokadou, North Bank region, the officials visited an eight-hectare maize field cultivated by Chief Jim Fatima Jobe, who is described as an exemplary farmer worth emulating.

Speaking in the midst of the visiting experts, Jim Fatima Jobe thanked President Jammeh and his government for the courage and support he has been rendering to farmers through the supply of seeds and the reduction in the price of fertilizers, which has been made affordable to all farmers.

“I have been farming well before the clarion call was made by President Jammeh, but the call has made me to be more active,” Jobe said, adding that above all the support given to maintain the welfare of farmers in the country; the farming equipment the president has continued to give farmers at no cost has been highly remarkable.

A stop was also taken at the Chamen Multi-Purpose Training Centre were the officials had a chance to tour the site.

There are ongoing works using modern horticultural production techniques by the students of the Gambia Shanghai Initiative.

In Balanghar, the officials were received by Governor Omar Khan, who took them to the 10-hectare maize farm dedicated to the President.

Speakers took turn to express gratitude to President Jammeh for his government’s agricultural initiatives key among which is the Vision 2016 food self-sufficiency drive.

The permanent secretary at the Ministry of Agriculture, Falalo Touray, urged all the beneficiary communities to consider the established centres as a school through which they would learn new techniques and approaches to produce more and realize better yields.