Amara Jagana opened the tally for Demba Kunda Kruma in the 19th minute of the game but Sabi’s skipper Muhammed Camara silenced the opponent fans when he levelled the score for his side.

Both teams put up a respectable performance during the game, thus creating so many goal-scoring opportunities.

The result could be considered a revenge for Demba Kunda Kruma, who were toed out of last year’s final by Sabi FC with a lone goal.

As champions, Demba Kunda Kruma FC went home with a giant trophy and a cash prize of D15,000 while Sabi FC received a consolation prize of D10,000. 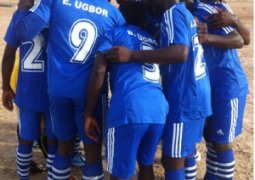