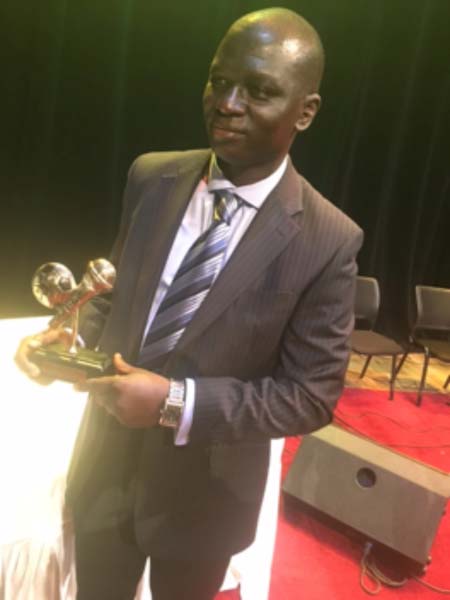 The honour is in recognition of Sise’s commitment and effort at promoting the cordial relationship that has continued to exist between the two professional bodies.

Mr Sise received the award during the ANPS annual sports award held at the Theatre National Daniel Sorano in Dakar on Sunday.

The event is meant to award and celebrate past and present sports personalities in Senegal.

The event was attended by renowned personalities including the Minister of Sports of Senegal, Matarr Bah and the Senegalese National Team Coach Alieu Ceesay.

Other awardees at the well-attended event included were not limited to wrestler Modou Lo as the “Wrestler of the Year”, Senegal and Liverpool’s Sadio Mane, who won the foreign-based player of the year, while Linguere’s attacker Pape Ibnou Bah won the Local-based player award.

Reacting to the award, Mr Sise said: “It is an honour to be recognised by your fellow professionals for your effort and dedication in the promotion of sports and its development and the fraternity between our two people and associations.”

On behalf of the SJAG executive and the entire membership, Sise thanked ANPS President Mamadou Koume, his executive and members for the award.