The 25-year-old forward scored 13 goals for Sollentuna United to help the side to finish on 2nd with 40 points.

Sollentuna are behind Frej, who have gained promotion to the first division after edging on them with seven points.

Jagne joined the Swedish second division side in 2009 on a two-year contract following strings of impressive performances with his previous clubs Tyreso and another local team in 2008.

Demba Jagne is described as having outstanding individual skills and polished techniques, as well as making dangerous runs forward with the ability to turn games around.

He was sighted by Sollentuna's coach when his team Tyreso met with them in 2008.  He has scored both at Tyreso home ground and away to Sollentuna.

The former Gambia Ports Authority (GPA) FC skipper has also netted two other goals against Sollentuna while playing for a local team in the same league. He was later invited to play for them and it resulted in his signing a two-year contract with them in 2009.

Jagne is a gifted player who is versatile and can put up spectacular performance in a midfield position. He is also good in playing with both legs despite being a naturally right-footed player.

Before establishing himself as a professional footballer, the prolific player was part of the 2005/06 seasoned GPA team that won the GFA national league, an achievement which gave him the chance to play in the CAF Champions' league 2006/07 against Asante Kotoko of Ghana and Nasarawa of Nigeria.

In 2007, with the same club as team captain, the 1.76-metre tall player won the most outstanding player and leading goal scorer titles after helping GPA FC to an FA Cup title.

Like other prominent Gambian youngsters, Jagne was part of the first Gambia U-17 team that booked a qualification berth to a continental tournament for the country at youth category in 2003 in under Coach Pa Suwareh Faye. 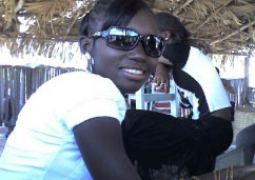