A lower court in Banjul yesterday convicted one Mustapha Kebbeh upon his own admission to a charge of defilement of an under-age girl.

According to the charge sheet, on 9 August 2011 in Banjul, the convicted person, Mustapha Kebbeh, had carnal knowledge of an under-age girl, and thereby committed an offence.

Narrating the facts of the case, the prosecuting officer, Cadet ASP Manneh, adduced that the convict was an employee of the victim’s mother, and as a result her mother sent her to the accused person to deliver the wash clothes to him.

He added that during that process a sexual relationship transpired between them, and the accused told the victim not to disclose this to anybody.

The prosecutor further narrated that the mother of the victim later realised that her daughter was pregnant, and the victim informed the mother that it was the convict who impregnated her.

The matter, he narrated, was reported to the Banjul Police Station and the victim was later escorted to RVTH hospital, where the age of the victim was determined and a birth certificate was issued to the victim.

He narrated that the convict was later arrested and charged with the offence for which he was convicted.

The accused admitted all the facts as narrated, and was subsequently remanded until 18 August 2011, for sentencing. 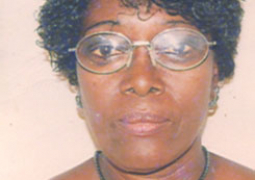