Sheriff Kumba Jobe, the defence counsel representing Babucarr Njie, a soldier who was found with a gun at the King Fahd Mosque, on 27 April 2017 urged the court before Magistrate Isatou Janneh-Njie of the Banjul Magistrates’ Court to discharge the accused.

When the case was called, defence counsel Jobe rose and told the court he was representing the accused.

But the prosecutor was not present in court.

The defence counsel then said he observed the absence of the prosecutor, adding that the office of the IGP is next to the court and they did not give any reason for not going to court.

He argued that the constitution guarantees the accused the right to be given a speedy trial, adding that the absence of the prosecution denied this right to the accused.

Counsel Jobe further posited that the IGP has no interest in the case and he applied to the court to dismiss the suit pursuant to section 163 of the criminal code.

He urged the court to grant his application to dismiss the case, saying he wished the case was a civil matter, then he would have asked for a heavy cost from the IGP.

Counsel Jobe further argued that the accused had never been absent since the matter started, and he is serving the Gambia Armed Forces.

Magistrate Janneh-Njie, in her ruling, told the court the prosecutor was absent although a hearing notice was served on the prosecution.

She said no reason was advanced for the absence of the prosecutor.

She then asked the defence counsel to reply on points of law to the written address of the prosecutor in his absence.

Counsel Jobe then said he had received the written address of the prosecutor.

He said fortunately, on their part, there was no legal controversy to warrant them to reply to the prosecutor’s written address, adding that they did not wish to reply on points of law.

He urged the court to disregard the submission made by the prosecution and to accept the submission of the defence, that the cautionary and voluntary statements were not obtained voluntarily.

Magistrate Janneh-Njie is expected to rule on the voire dire (trial within trial) on 3 May 2017. 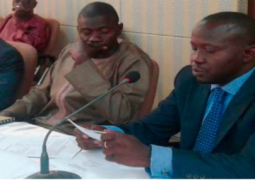 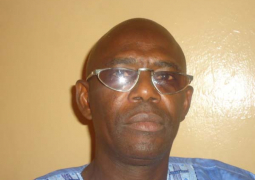