Muhamed Keita, a Norwegian football striker playing for Norwegian Tippeligaen side Tromsgodset in the First Division is believed to be of Gambian origin.

Born on September 2nd 1990 in Drammen, the Norwegian football striker made his debut for Strømsgodset away against Brann, and followed this up with some notable performances.

He scored a hat-trick after coming off the bench against Pors Grenland in the Norwegian Cup. Keita's progress caught the eye of Parma, and he was set to attend trials with the Italian club in January 2009

One year after the former Drafn-boy was admitted in SIFs A-stable, where he established himself on the junior national team. He started several games in the Premier League and became the clubs second player to arouse interest from European top teams, such as Parma.

During his link with the Italian side last year, Sports Director Jostein Flo has said that Mohammed Keita is promising and believes the player has a bright future.

"Keita is a discovery. He is a future footballer if he continues the development," says sports chief..

The young talented striker who successfully made 33 appearances for his side scored five goals as he helped his side finished 12th position on 36 points in last season Norwegian Tippeligaen.

Stromsgodset is warming up for their opening game of the Norwegian when they will host the promoted side Kongsvinger in March. 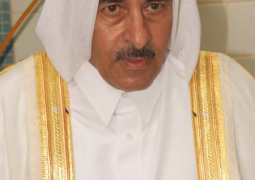