The lead senior defence counsel, AB Gaye, yesterday told the court that the defence would come up with a no-case-to-answer submission in the economic crime case involving former WAAPP coordinator, Sheikh Tijan Sosseh, before Justice Amadi of the Special Criminal Court in Banjul.

When the case was called, the state should have proceeded with the testimony of the seventh prosecution witness (PW7), but the state counsel and the witness were not in court.

The trial judge, Justice Amadi, then said at the last sitting he said if the prosecutors did not bring their witness to court, he would close their case and call on the defence to open its case.

He said since the witness and the prosecutors were not in court, he had no choice but to close their case and call on the defence to open its case.

“I therefore close the prosecution’s case and call on the defence to open its case,” he said.

Senior counsel AB Gaye then applied for an adjournment to advice themselves on what to do.

He said that after advising themselves on what to do, they would apply for a no-case submission, because they did not want to surprise the prosecution and the court.

State prosecutors accused Sheikh Tijan Sosseh in count one that while employed as the project coordinator of the GEAPP, he failed and or omitted to fully apply a Euro 5.3 million grant from the World Bank, leaving unspent the sum of $76,489.20 which omission was detrimental to the economy of The Gambia, and the welfare of the Gambian people.

Count two stated that while employed in the public service of the Gambia as GEAPP coordinator, Sosseh neglected to effectively supervise the construction and rehabilitation of the Seed Multiplication Center at Chamen in The Gambia.

Sheikh Tijan Sosseh was further accused, in count three, that while employed as the GEAPP coordinator, he recklessly paid D15,895,125.25 to the general procurement service, in spite of the shoddy construction and the rehabilitation works at Chamen Seed Multiplication Centre, and thereby caused economic loss to The Gambia bearing on the Ministry of Agriculture and the GEAPP. 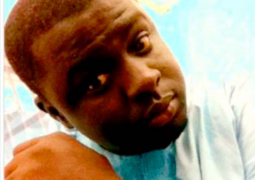 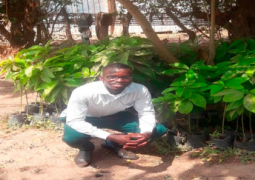