Royal 7 FC have been crowned champions of the 2011 Manjai Knockout championship title following their 4-2 post-match penalty shootout victory over Daru Salam FC in a tightly contested final, after goalless draw in the regulation time at the Father Gough Sports Complex in Manjai Kunda on Sunday.

Both sides put up respectable performance in the game and caused series of assaults in front of each other’s goal mouth but it was Royal who opened the score in the first half before Daru Salam cancelled it out in the second half.

This pushed the game into a post-match penalty shootout which ended 4-2 in favour of Royal at the expense of Daru Salam.

As the champions of the knockout, Royal walked away with a giant trophy and a cash prize of D25,000, whilst Daru Salam received D20,000 as runners-up. 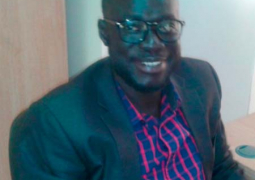