Defence opened recently in stealing by clerk or servant trial involving one Mathew Gibba at the Bundung Magistrates’ Court before Magistrate Ibrahim Kijera.

The accused, Mathew Gibba, told the court he was doing business of selling building materials, but he did not own the business.

He said he was employed by one Moses Gomez since 2009, adding that he was introduced to Moses Gomez by Father Edu Gomez.

The witness added that they discussed with Moses Gomez and Gomez agreed to pay him D2,900 per month and told him he would be working under one Solomon Kujabi.

“I then started working under Solomon, but Solomon did not tell me the prices for the materials; he told me that whenever I sell I should record it, and I should be counting the stocks,” the accused told the court.

He said that while at the shop, one girl came and Solomon introduced him to the girl telling him the girl was their manager.

He said he further told him that whatever they realized, the manager would come and collect it and would take it to the bank, but he had to count and confirm the amount and sign it.

“In 2011, Moses came to The Gambia and met us at the shop and said he was very happy about how we have worked, and after two months he returned to America,” he said.

The manager came and told him to continue and Solomon left the shop in January 2012, he added.

The witness denied that he had ever misused the money of the complainant.

“I have never realized sales more than D2million, but some times in a month I would sell D3,000,” he further explained.

The witness said further that the complainant never brought a container; instead he used to import small quantity of items.

He added that the manager was the only one who was having access to the bank account, as she could withdraw as well as save.

“After my termination, I left all the records at the office,” he stated, adding that after he was dismissed, he demanded for his benefits but the complainant said that could be addressed upon his coming back to The Gambia.

“I went to the house of Moses Gomez on 4 April 2013, to demand for my benefits and the police came and effected arrest on me in his house. I was detained for ten days before appearing in court. I did not owe Moses anything,” the accused stated.

The case continues for cross-examination. 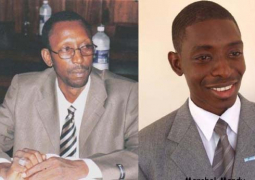 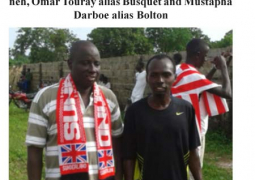