Defence opened on Monday in a manslaughter case involving Alhagie Lamin Bawo and Amie Saye at the Special Criminal Court in Banjul before Justice Emmanuel Nkea.

In his testimony, Alhagie Lamin Bawo told the court he resides at Bakoteh Layout.

He denied knowing one Ebrima Jobe, now deceased, and adduced that on 29 September 2012, between the hours of 4 and 5am he was woken up by his wife, who was the 2nd accused and told him there was a thief in the bathroom.

Designated as defence witness one (DW1), Bawo added that when he saw that situation he was shocked and terrified, adding that he instructed his wife to call the neighbours, while he held on the hands of the boy in order to prevent him from escaping.

“I told my wife to call the neighbours so that the crowd can help me to bring the boy down. The neighbours responded quickly and they told me they also heard a thief in their house,” he told the court.

“When the crowd appealed to me, I let the thief go free and alive,” he said, adding that he did not cause the death of the thief, and he did not know whether the thief was beaten by the crowd, as he did not see anybody beating the thief. 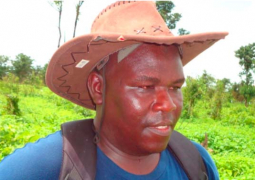 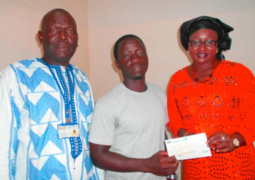