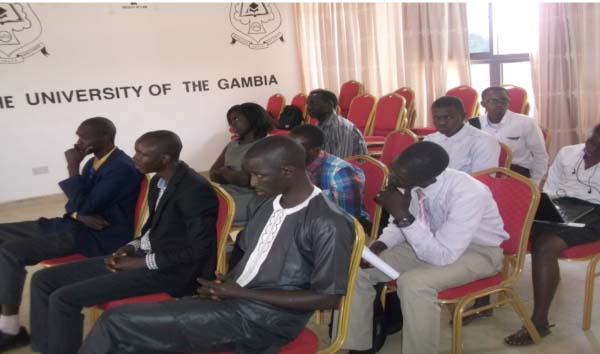 The University of The Gambia Debate Association (UTGDA) yesterday organised the first ever edition of debate caucus among candidates vying for different positions at the UTG Students’ Union (UTGSU).

During the caucus, held the Law Faculty Auditorium in Kanifing, the candidates debated among themselves on various issues of the university as well as on current affairs.

The forum also provided the candidates the platform to sell some points of their various manifestos to the students as the 14 April 2016 election of the UTGSU approaches.The students also had the opportunity to post questions to the candidates for clarification.

Speaking on the occasion, UTGDA President Muhammed Ndure said it was the first time such an event was organised in the history of the UTG, though it has been going on at other universities around the world.

Initially, the main activity of UTGDA had been organising debate championships at tertiary level.

The chairman of the occasion, Ousman Kujabi who is the head of IEC of UTGDA, said the caucus is an opportunity to prepare for a vibrant student governing body.

He said the students appreciate the idea of the caucus, saying “they see it as unprecedented and vital”.