Amir of the Ahmadiyya Muslim Jama’at in The Gambia, Baba Trawally explained that the conference was launched in 2018, under the guidance of the worldwide head of the Jama’at, HazratMirzaMasroor Ahmad.

He said the conference followed the same format as the UK event.”The first conference was held in Ghana and was attended by over 450 guests. I love working in the maintenance of peace because it is fundamental in human life. We cannot worship without peace, neither work.”

He said most of the disturbances today are led by young people, saying that was a case and people should work together to make sure that peace is established together.”Our strive to spread the message of peace is not a new thing. We are grateful for the Khalifa’s visit to different head of states around the world to preach peace and how we can save the world from disaster and pave the way for lasting peace.”

Ebrima Sillah, minister of information and communication infrastructure said the Jama’at has been standing by the government of The Gambia in its transformative development agenda for the past 50 years.

“Government recognises and appreciates your efforts in education, health, agriculture and other developments. We thank you for standing by the people and the government of The Gambia,” he noted.

Minister Sillah added that the conference could have not come at a better time when the world is gripped with fundamental and regrettable problems of fear and insecurity, which he said is perpetuated by people with horrific images of suicide bombing.

The Ahmadiyya Muslim Jama’at annually organises the peace conferences throughout the world, which is attended by government heads, ministers, legislators, politicians, diplomats, religious leaders and a cross section of society.

The conferences are held with the aim of spreading the beautiful teachings of Islam in peace, tolerance, understanding and also discussing various ways and means as to how we can achieve and maintain peace.

Karim Khan QC, assistant Secretary General of the United Nations who also serves as the special adviser and head of the investigation team, who delivered the keynote address on global peace, called for global peace, saying through that people can stay freely without obstruction. 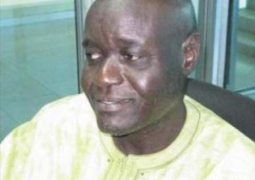 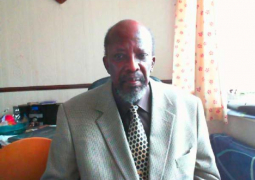