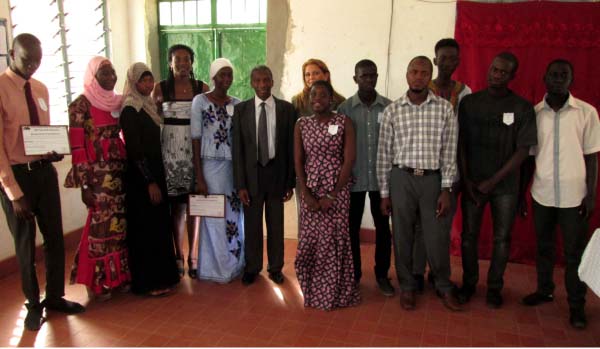 The Cuban medical team in The Gambia Friday held its 14th annual scientific meeting, which recognized the team’s efforts in its contribution to the nation’s healthcare.

The occasion held at the School of Nursing in Banjul, also witnessed the presentation by Cuban and Gambian doctors of the results of different investigations regarding issues of common interest in public health.

Speaking on the occasion, Cuba’s ambassador to The Gambia, Lazaro Herrera Martinez, expressed his satisfaction with the Cuban doctors in the country and the services they provide.

He acknowledged the need for medical attention in the country, adding that they have 112 medical personnel who are serving in the various regions of the country, such as doctors, nurses and lecturers, and who are all contributing their quota to nation-building.

“We are open to any kind of contribution to Gambians,” he said.

Martinez described the significance of the committee, adding that they continue to challenge themselves to engage in research to find solutions to problems, and to improve themselves as they serve the country.

In her remarks, Dr. Cecilia Lora Guzman outlined the scientific and technical developments reached by mankind in the health field, which have been supported by scientific research whose results have turn into quality medical care, well-being to the patient and favourable health indicators.

She added that since the beginning of the collaboration in The Gambia, the Cuban medical team, as stated in the cooperation agreements between Cuba and Gambia, has developed the regional and national scientific meeting annually with the purpose of identifying, answering and monitoring the main problems that characterize the health situation of the Gambian population.

The medical mission’s objectives include the strengthening of the research projects to develop the scientific activity and the permanent knowledge of the collaborators, she further stated.

“We will use our expertise with the maximum respect for our colleagues and students’ wellbeing. We promise to be fair, to respect and acknowledge the work of other scientists and to prevent corrupt practices. We promise to be honest and to promote critical and open discussions,” he continued.

Mederos added that they would not permit that prejudices or personal favoritism to interfere with their duties.