The Child Protection Alliance (CPA) recently launched the National Child and Youth Advisory Board on violence against Children (NCYAB) at a ceremony held recently at the Kairaba Beach Hotel in Kololi.

Speaking at the opening ceremony on behalf of the Basic and Secondary Education Minister, Fatou Lamin Mbye, Education Director Amicolleh Mbye said child protection is about set of services designed to protect children and young people and to encourage family stability.

She noted: “These typically include foster care, adoption services, services aimed at supporting at-risk families so that they can remain intact, investigation of alleged child abuse.”

She noted that children in West and are facing a wide range of protection risks, including child labour, sexual exploitation, sexual abuse, domestic violence, HIV/AIDS and rejection.

Director Mbye added that when considering policy, it is necessary to consider safety and security in schools and to discourage the use of corporal punishment, which should include initiatives to address violence among children in schools, such as bullying.

According to Director Mbye, 2009 and 2010 saw an increase in the number of media reported and well investigated cases of child rights violation relating to sexual nature.

He said: “Notwithstanding, we are still faced with the challenge of providing a protective environment for children that has an effective monitoring system to record the incidence and nature of child protection abuses and allow informed and strategic responses.”

Director Mbye reaffirmed the government’s commitment towards child protection, adding that it is an essential element for a protective environment.

For his part, Marcel Mendy, executive secretary of the National Youth Council, who spoke on behalf of the Minister of Youth and Sports, Hon. Alieu K. Jammeh, described the ceremony as “a very important function”.

He tasked the board to break the silence to talk about the issues affecting the children, without which government will not know about it.

He finally urged them to take the cause of the children seriously.

The chairperson of CPA board, Nfamara Dabo, said the alliance was formed to fill the gaps in the child rights and child protection environment in The Gambia in particular to raise awareness and increase knowledge on issues affecting children.

He noted that the CPA advocates and lobbies for appropriate legal reforms in relation to child protection issues and monitors the follow-up process.

The alliance also plays a watchdog role for children and the child sector, creates among network members common understanding and commitment to the protection of children and monitors the implementation of legal instruments ratified by the country to promote child participation.

The CPA, he said, has also formed a child-led advocacy group called Voice of the Young, which serves as the mouthpiece for children in The Gambia.

Nfamara said: “The CPA believes that these experiences offer an interesting glance into our work in The Gambia, our contribution to the architectural framework of a protective environment for children in The Gambia.”

Abdoulie Badjie, the elected chairperson of the board, told the gathering: “Children are very important aspect to the development of any society and thus need to be protected from all issues that affect or hinder their development.

“If children are given the necessary protection and tools to succeed, they will succeed beyond their wildest dreams.”

Mr Badjie thanked the government, through the MoBSE, CPA, CSOs, and the children, for the support. 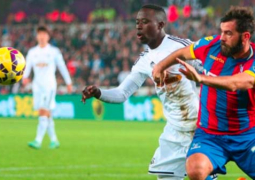