Magistrate Mam Samba of the Kanifing Magistrates’ Court recently sentenced Barra Jobe to ten years imprisonment without an option of a fine for stealing some ruminants. He was also ordered to pay a compensation of D200,000 to the complainant in default to serve two years imprisonment. Two others were also convicted for the same offence but were referred to the Children’s Court for sentencing.

Earlier, the convicts were arraigned before the court for allegedly stealing 36 sheep. According to the indictment bill, on or about the 25th October, 2019, at Dippa Kunda and diverse places, in the Kanifing Municipality of the Republic of The Gambia, they jointly and severally conspired to steal ruminants.

It was also alleged that Barra Jobe on or about the 25th October, 2019, at Bakoteh and diverse places in the Kanifing Municipality of the Republic of The Gambia, received 36 sheep from duo, knowing or having reasons to believe that the said sheep were stolen or unlawfully obtained.

After the charge sheet was read to them, they all agreed to have conspired to steal the sheep.

The duo told the court that they stole only 21 sheep but did not steal the remaining 15 sheep.

Barra Jobe agreed that he received 21 sheep from them but also denied receiving the remaining 15 sheep. 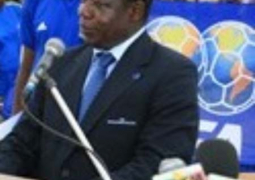 Community leaders welcome campaign against FGM in the Niaminas