The first prosecution witness, Lamin Ceesay, a driver, recently testified in the trial of one Rene Debast, accused of careless driving at the Kanifing Magistrates’ Court.

Ceesay told the court he recognised the defendant and that he could recall what happened on 13 September 2014.

On that day, he was from the turntable heading towards Tanji with his vehicle and upon reaching Brufut Junction, he saw the defendant, who was also coming from the same direction, he said.

He later noticed that his vehicle had damages and the police officers from Brusubi Police Station came to the scene of the accident and took a sketched plan.

His statement was taken at the Brusubi Police Station. 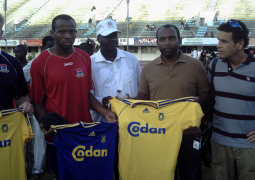 Will they or will they not?