Prosecutors paraded one Almamey Kinteh on 3 December 2014, before Magistrate Tabally of the Kanifing Magistrates’ Court and charged him with attempted murder and assault causing grievous bodily harm.

When the court clerk read the charge sheet to him, Almamey Kinteh pleaded not guilty on both counts.

The prosecutors alleged that on 1 December 2014, at the National Training Authority office, the accused stabbed one Edward Shonubi three times on his back and chest with intent to murder him, thereby committed an offence.

Almamey Kinteh was again alleged to have unlawfully assaulted the said Edward Shonubi by stabbing him three times on the same day and at the same place, causing him grievous bodily harm.

Magistrate Tabally granted him bail of D200,000 with one Gambian surety who should swear to an affidavit of means and also deposit his ID card to the registrar.

The case was adjourned till 16 December 2014, for hearing.

Corporal 2717 Jallow stood in for the IGP. 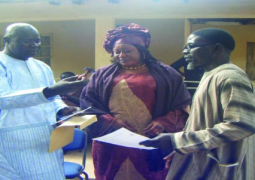 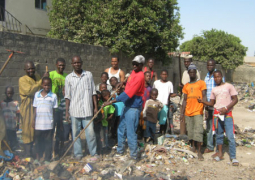