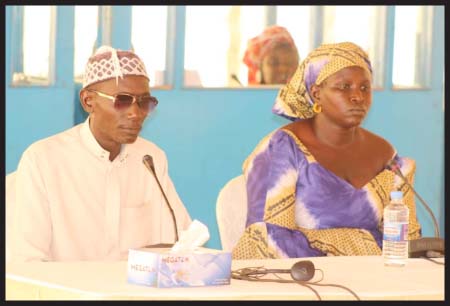 “When Tambajiro came to our village, he abducted many villagers by writing their names. They were to inhale some smoke, and my father was targeted, accused but he remained calm,” Mr. Badjie testified.

He adduced that his father felt ashamed for Tambajiro to sit him in the middle of people and accuse him of being a wizard.

Narrating the second coming of the witch hunters which involved Fulas, Mr. Badjie explained that he was shocked upon hearing the news of their coming; accusing Solo Bojang as the one who led the whole process.

“Solo is the man answering directly to former president Yahya Jammeh and I knew he got the orders from him.” He recalled that by the time they were capturing people from their village in the morning, he was already in Kanilai for a work and closed at 4 p.m.

The witness added that his father, Bolly Badjie, the former alkalo was in Dasilame at the time of the incident, indicating that he ran away from Dasilame to Casamance upon hearing that the witch hunters were to get him.

His wife Nyima Jarju, a native of Tabokoto, also testified that the Fula witch hunters came to the village on a particular Monday, but she ran into her house from a naming ceremony as soon as she heard the news of their coming.

“They came and met me breastfeeding a three-month old baby. They told me that I was not a witch but they would have to take me to Kanilai and treat me. They said I was sick but when they asked me to wait for them, I decided to enter my house and locked it.”

She adduced that she went into hiding because they were troublesome people, adding that she hid there without knowing anything else about them.

“Lamin’s father was in Dasilame at the time of the incident, but they went for him there. He ran into Casamance but he was viewed as wizard in the village.”

The following day, she added, she and her mother in-law, Fatou Bojang and her baby were arrested and taken to Sibanor police station’s cell to reveal where Bolly was.

She said the condition of cell was deplorable, as they slept in the midst of a bottle of urine. She added that the Officer in Charge (OC) of the station, Tamsir, was well aware of their conditions despite the baby being uncomfortable.

“We were there from Tuesday till the following week Wednesday. They told us that we would not be released unless we told them where Bolly was. We really suffered there and during the night, the mosquitoes were really disturbing. I think that was the reason for my in-law’s death because since she left, she was not able to regain her health.” 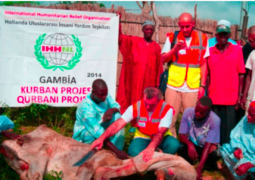 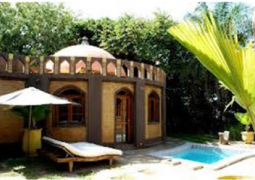