According to information reaching Entertainment, once again that the wave making artist, Sizzla is expected to land on The Gambiansoil next month .

The much talked about and the long awaited concertis organised by Betts promotion, Rebel T music and Kalonji  Records Waxs United for  the sole purpose of organising a historical and momentousevent in The Gambia.

Entertainment was informed that the event will be held on the 25th, 27th and 29th of December,  2008 at the Independence Stadium in Bakau respectively.

The concert is also geared towards education and research on eradicating Malaria .

Other information from the President's award winning DJ, Lamin Cham, states that some male and female artists were recently awarded the best artists for their performances this year. Among the categories to receive awards were, best solo female artist, best pop group of the year and performance band of the year. 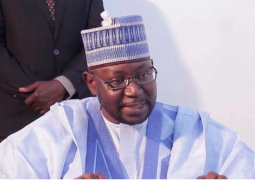