The National Farmers Platform-The Gambia (NFPG) in partnership with 4H the Gambia recently planted over 850 trees in the villages of Illiasa and Yallal Tankonjala in the Upper Baddibou district of the North Bank Region.

Speaking in Illiasa, Chief Ebrima Ansu Tamba Jammeh hailed the efforts of NFPG and 4H The Gambia in complementing government efforts in the drive to plant one million trees to avert deforestation and protect the biodiversity from destruction.

Chief Jammeh noted that the planting of trees would contribute to the regeneration of trees, and build community resilience.

Alhagie Basse Mboge, president of the National Farmers Platform-The Gambia, said the tree planting aimed at empowering farmers and farmers’ associations to take the lead in environmental protection, and preservation of the country’s biodiversity and mitigate climate change.

He said the move is in response to the President’s quest to plant one million trees.

The NFPG President spoke of farmers concern about global warming, climate change, desertification and low rainfall which a threat to the attainment of national food self-sufficiency.

He called on the community of Illiasa and Yallal Tankonjala to protect the trees from stray animals, and take ownership of the planted trees, while thanking FAO and the Forest Farm Facility (FFF) for their support in promoting tree-planting.

Alhaji Ebrima Beyai, treasurer of the NFPG, echoed similar sentiments, and called on the community to be proactive in the protection of the forest cover from over exploitation.

He assured all of their support and commitment in accelerating farmer’s participation in the protection of the forest cover from over exploitation.  A representative of the regional Forestry office in Kerewan, Jalamang Camara, thanked stakeholders in complementing the efforts of the department of Forestry, in protecting the lost forest cover. Camara called on people to desist from illegal logging and indiscriminate felling of trees, noting that trees help greatly in the attainment of food security and enhance health status.

Sambou Dampha, president of the North Bank Farmers Association, expressed satisfaction on the high level of participation, adding that tree planting demonstrated the organisations’ commitment to the restoration of the lost forest cover and the regeneration of forest species.

The planted tree species included eucalyptus, moringa, cashew and mahogany, among others. 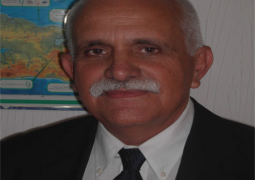 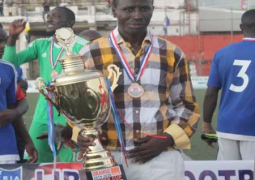