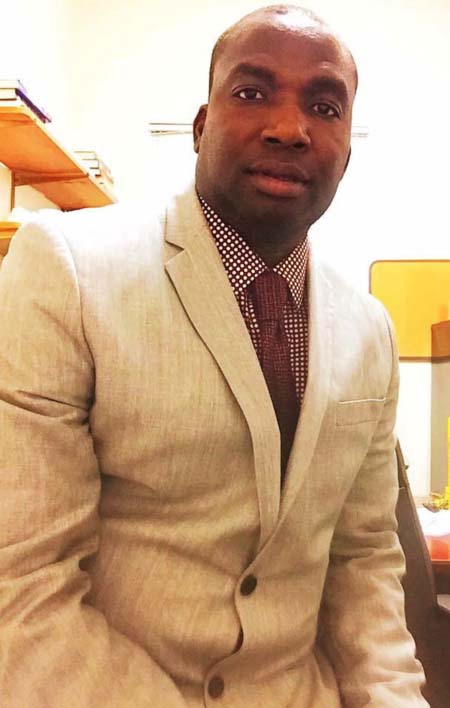 Ludwig von Mises – “There is no more dangerous menace to civilization than a government of incompetent, corrupt, or vile men.”

“Corruption is the abuse of entrusted power for private gain. It can be classified as grand, petty and political, depending on the amounts of money lost and the sector where it occurs.”

“Corruption: dishonest or illegal behavior especially by powerful people (such as government officials or police officers): the act of corrupting someone or something.”

“The Corruption Perceptions Index: ranks countries and territories based on how corrupt their public sector is perceived to be. A country or territory’s score indicates the perceived level of public sector corruption on a scale of 0 (highly corrupt) to 100 (very clean)”

Corruption is one of the most dangerous social ills of any society. This is because corruption, like a deadly virus, attacks the important sectors that make for the society’s progressive functioning. This is particularly true for developing countries, such as The Gambia. Funds that are initially earmarked for industries, hospitals, schools, and other infrastructures are either out rightly embezzled, misappropriated, or otherwise severely depleted through kickbacks and over-invoicing by agents of government.

The Gambia is the 145 least corrupt nation out of 175 countries, according to the 2016 Corruption Perceptions Index reported by Transparency International, which means that The Gambia is considered as a corrupt state.

Corruption is, in its simplest term, the abuse of power, most often for personal gain, or for the benefit of a group to which one owes allegiance. It can be motivated by greed, by the desire to retain or increase one’s power. Corruption has become the one main social evils of the 21st century. Corruption is rampant in every aspect of our social lives. The main cause of corruption or the practice of corruption is through “bribery”. In other words, bribery is the lethal weapon that individuals and firms use to practice corruption.

The state is the first institution that repressed its own citizens through corruption. The high ranking officials take advantage of their positions in the government to enrich themselves. This is one of the main characteristics of corruption in developing countries such as The Gambia. The lower-earning employees may also take advantage of their power and insist on bribes. This could be due to the fact that most of these lower-level officials are not well paid by their governments.

Thus, bribery and corruption become a way to “earn” more money. Bribery is practiced by every sector of the economy.

Today, we can notice this evil practice of corruption in the terminals of seaports and airports where the employees accept brides from businessmen and travelers. The businessmen bride the officers in order to evade taxes, customs duties or regulations. Corruption is also common along the frontiers and borders.

Corruption is also rampant in the judicial system. Powerful government officials and rich businessmen influence the judiciary by giving huge sum of money to judges and lawyers to drop their cases, and even set them free when they commit horrendous crimes. The businessmen also make payments to government officials to obtain major contracts. These may include payments of bribes to obtain import and export licenses, foreign exchange permits, and investment and production licenses. The biggest loser from corruption is society, as a whole. Corruption distorts economic incentives, discourages entrepreneurship, and slows economic growth.

Nepotism, tribalism and favoritism are also evil practices that facilitate or pave the way for corruption in the modern-day society. “The price of nepotism causes a complete failure of a country, or an organization to develop.” The government officials especially the presidents and ministers employ their close relatives and confidents in various sectors of economy in order to serve their interests through corruption. In Africa, a president may “hijack” the whole government and institutions of the country by giving important positions to his clan members and friends. They get all the major contracts of the economy. In most developing countries, the governments have become private ownership of ruling family and its entourage. Massive corruption is done, without any law to stop the families from emptying banks of their foreign currencies and gold reserves.

Another cause of corruption is brides that buy political influence or votes. It is important to distinguish between political and bureaucratic corruption. While the latter involves efforts by civil servants to enrich themselves through illegal means, the former is used by political coalitions to capture the apparatus of the state or maintain a monopoly on power. Political corruption usually includes activities such as vote rigging, registration of unqualified, dead, or non-existent voters, purchase and sale of votes, and the falsification of election results. The politicians and their political parties influence the electoral system by giving money and incentives to the voters in order to determine the outcome of the elections. It is a common practice that destroys the rules of democracy, good governance, accountability and transparency in the world.

Furthermore, corruption is not only about stealing funds from government coffers, and bribery. It is also about appointing unqualified and unskilled people in key positions. These people usually don’t have the zeal, sincerity and professionalism to perform the job.

“Corruption is worse than murder. It kills more than warfare, it takes land and moneys to build a hospital and buys a private jet, and condemning thousands of people over multiply generations to die of curable diseases.” Corruption is crippling the development of African countries. In the African government office, it is common to find a department full of village friends. Many of these employees don’t have the qualifications to do the job other than being clan members.

A leader should not be the richest man in the country, where he can use his leadership to get even more wealth. For example, African leaders have caused the continent to lose more than $1.4 trillion from 1980 to 2010.

In conclusion, I will advise The New Government of The Gambia to pay great attention to corruption. The Gambia is already ranked as one of the most corrupt countries in the world. The government has to create strong institutions that will combat corruption. Politicians need to know that the interest of their constituents and the country come first and foremost.

One should not enter politics for personal gain. Nepotism, tribalism, and favoritism have to be completely eliminated from our society. Corruption corrodes the fabric of society. It undermines people’s trust in political and economic systems, institutions and leaders.

It can cost people their freedom, health, money and sometimes their lives. In sum, corruption has no place in any society, especially The Gambia which has inherited “empty coffers” from a dictatorship.

No to Dishonest Politicians

Stop Corruption before It is late!

I am incorruptible. I rather die poor than be corrupted. Dishonesty has no place in my heart.

Be A Honest Gambian