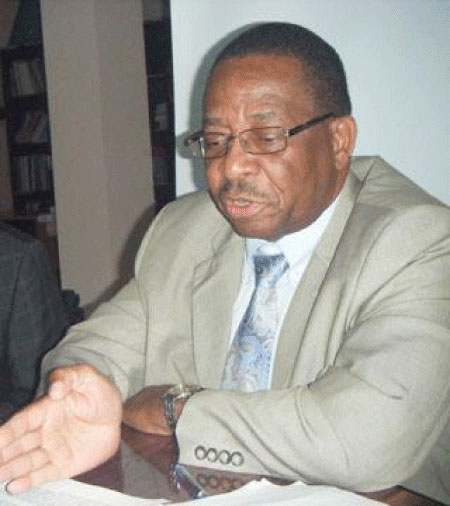 On May 25, 2012, the IMF Executive Board Approved a new Three-Year, US$28.3 Million Extended Credit Facility Arrangement and US$14.2 Million Disbursement for The Gambia---Staff Report.

I. Background and Performance Under the Previous IMF Arrangement (February 2007-March 11)

The Gambian economy performed well during the previous IMF arrangement, which expired at the end of March 2011; however, there were slippages under the program.

Real GDP growth was robust and inflation was low-to-moderate, despite the global financial crisis and sharp food and fuel price shocks. Moreover, growth was inclusive, allowing for a considerable reduction in the incidence of poverty from 58 percent of the population in 2010 to 39½ percent of the population in 2003. But some sectors relying on tourism and remittances were hit hard by the global crisis.

Inflation ranged between 2½ and 7 percent (year-on-year), as the Central Bank of The Gambia (CBG) maintained a restrained monetary stance.

The fiscal deficit widened substantially between 2007 and 2010, resulting in program slippages and driving up domestic debt. The period was marked by a steady decline in government revenues and, during the later years, episodes of large spending overruns. After peaking at nearly 17½ percent of GDP in 2007, revenues fell to below 15 percent of GDP in 2010, as collections from all major taxes were eroded away. At the same time, expenditures (excluding donor financed projects) rose from 14½ percent of GP to 18 percent of GDP.

Although the external current account deficit widened, official international reserves rose to a comfortable level, thanks to the SDR allocation by the IMF in 2009. The Gambia continued to face a heavy debt burden. Based on external debt indicators, The Gambia has been classified as being at high risk of debt distress. Domestic debt increased to 30 percent of GDP by end-2010. Interest on debt consumed 22½ percent of government revenues in 2011 (of which 18½ percent is paid on domestic debt).

A severe drought resulted in a major crop failure in the 2011-12 agricultural season. Production of leading crops (rice, groundnuts, and millet) fell by 50-80 percent from the previous year’s harvest. Over 400,000 people faced acute food shortages, while the lack of seeds for the 2012-13 season threatens to prolong the crisis.

Non-agricultural sectors of the economy performed well in 2011, including a remarkable rebound in tourism. Real GDP growth is estimated to have fallen to about 3.3 percent in 2011. Despite some pressure on food prices, inflation remained under control (4.4 percent) during the year, reflecting continued monetary restraint by the CBG.

Strong tourism receipts led to a narrowing of the external current account deficit to an estimated 14 percent of GDP in 2011. At the end of the year, official gross international reserves were slightly above the CBG’s target of 5 months of imports of goods and services.

Progress was achieved in curbing government’s domestic borrowing in 2011, as the authorities exercised restraint on spending. Net domestic borrowing (NDB) was held to 3.1 percent of GDP, compared with 4.7 percent in 2010. For the first time in four years, revenues kept pace with GDP growth, thanks to a strong administration and enforcement effort.

The crop failure in 2011-12 will affect economic growth over the near and medium term. Real GDP is projected to contract by 1½-2 percent in 2012, reflecting effects of the crop failure carrying over into the first half of 2012. With a recovery in agriculture spread over 2-3 years, real GDP growth is projected to receive a boost to about 8-10 percent a year in 2013-14.  But this depends on an effective response to the drought by government, aid agencies, and development partners. The timely purchase and distribution of seeds and fertilizer is particularly important for a faster recovery. Non-agricultural GDP is projected to grow at prevailing trends (about 5½ percent a year in real terms) over the medium-term.

This outlook depends on sound macroeconomic policies and is subject to a number of risks. First and foremost, the heavy debt burden, particularly domestic debt, poses a major risk to this scenario. The Gambia is still at high risk of debt distress.

Other downside risks include: (i) prolonged weakness in the global economy, particularly in Europe, which could dampen the medium-term recovery in tourism and remittances; (ii) terms of trade shocks, especially on food and fuel prices; (iii) contingent liabilities; and (iv) weather-related risks to mostly rain-fed agriculture.

The following economic program seeks to mitigate these risks.

In the very near term, however, the government must also take actions to avert a disastrous aftermath from the 2011-12 crop failure. In particular, food, seeds, and fertilizer will need to be imported and distributed to affected households by mid-2012.

Over the medium term, The Gambia faces two overarching policy challenges: (i) fiscal adjustment to lower the cost and risks of domestic debt and (ii) implementation of the PAGE, under tight financing constraints. Fiscal adjustment would ease pressure on inflation, interest rates, and the exchange rate. Lower interest costs on domestic debt would also create savings to help finance PAGE priorities.

A. Providing Immediate Relief for the Crop Failure

The 2012 budget will be greatly affected by the crop failure. Emergency imports of food, seeds, and fertilizer are expected to cost US$23-28 million (about 2½-3 percent of GDP). The government is anticipating some donor assistance for drought relief, as well as budget support later in the year, to help cover these costs.

B. Returning to a Path of Gradual Fiscal Adjustment

The program seeks to achieve the following milestones in fiscal policy:

Rebuild the revenue base and restore buoyancy to the tax system through comprehensive reforms of tax policy and revenue administration. After stabilizing in 2011, the tax revenue-to-GDP ratio is targeted to steadily recover to 16 percent of GDP by 2014. The planned introduction of VAT in January 2013 is the center-piece of near-term tax reform. The VAT, which will replace the current general sales tax, will broaden the tax base and is expected to lift revenues by 1-1½ percent of GDP.  The authorities are actively preparing for the introduction of the VAT, including the submission of the VAT bill to the National Assembly, an agenda for major improvements in revenue administration, and public information programs to prepare taxpayers and consumers.

Minimize subsidies on fuels. Reduce and eventually eliminate fuel subsidies to rebuild tax revenues. Regular implementation of fuel price adjustments has improved in 2012, although the price increases have been less than those suggested by the pricing formula.

Conduct studies for further tax reform. Conduct a thorough study of tax expenditures to gauge the revenue potential of eliminating subsidies and exemptions and inform the setting of parameters, such as tax rates and thresholds, for future reforms.

Maintain cash budgeting in 2012, while improving budget processes and transparency over the medium term. Building on their success in 2011, maintain a cash-budgeting approach in the near term. However, transparent budget procedures with a medium-term focus would be a key to achieving higher value-for-money from government spending in the future.

(b) Monetary and Exchange Rate Policies

Monetary policy will continue to focus on maintaining low inflation. In 2012, the CBG intends to limit reserve and broad money growth to 7 percent and 9 percent, respectively, which would be compatible with projected growth in non-agricultural GDP.

The floating exchange rate regime has served The Gambia well, complemented by a healthy stock of international reserves to guard against shocks. In particular, the flexibility in 2011 allowed for a moderate depreciation of the dalasi in real effective terms, which represented an appropriate adjustment to a prevailing overvaluation and helped to preserve The Gambia’s competitiveness?

Financial sector policies will continue to be geared toward strengthening financial stability and enhancing access to credit for the private sector. Although banks are liquid and well capitalized, fierce competition for a small customer base has eroded profitability and resulted in a substantial stock of nonperforming loans. The high concentration of both loans and deposits is a concern.

(d) PAGE and Other Structural Reforms

Substantial financial resources will be needed to implement the ambitious medium-term investment plans in the PAGE. Because there is limited scope for additional concessional external borrowing, the government will need to seek alternative sources of funding. Options include domestic revenue mobilization, external grants, and private sector participation in infrastructure projects. For private sector participation to be productive, effective institutional frameworks must be in place beforehand.