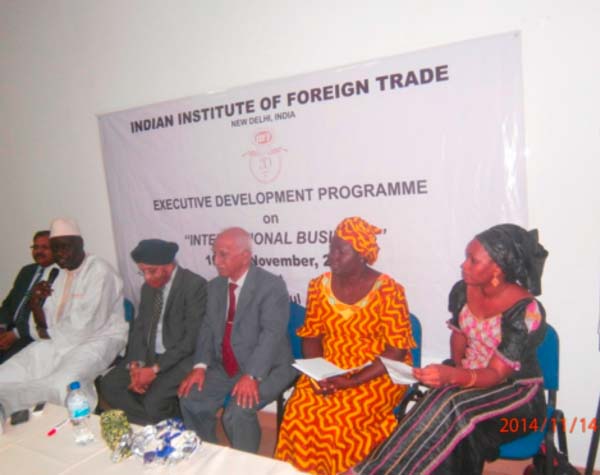 Forty officials from the public and private sector in The Gambia were Friday certificated after they completed a five-day advanced capacity building course on International Business organised by Gambia Chamber of Commerce and Industry (GCCI) in collaboration with the Indian Institute of Foreign Trade (IIFT).

The training course, held at the GCCI Kerr Jula Secretariat in Bijilo, was facilitated by high-profile business officials and professors from India, who presented topical subjects and issues of international and global scope to the benefit of all those who took part in the course.

The occasion was one of a kind organized in The Gambia by the GCCI to raise the business acumen of the participants on corporate and international business relations, officials said.

While it has bonded an invaluable business and educational relationship between the GCCI and IIFT, the training session has also served to further strengthen the cordial relations between The Gambia and India and rehabilitate a superhighway for business promotion between the two countries and business communities.

Speaking at the closing ceremony, former GCCI president and head of Mahatma Gandhi University in The Gambia, Abdoulie Touray, who was the architect of the whole training initiative, said India and Africa, particularly The Gambia, do share the same vision.

He commended the Indian diplomats for the qualitative course and invaluable knowledge they have transferred to the Gambian corporate officials privileged to benefit from the training course.

Mr Touray, an economist of international repute, said the training course would serve as the beginning of a long-lasting relationship between the two countries and institutions, especially in respect of capacity building.

“We hope very soon to see the establishment of the IIFT campus headquarters in The Gambia to serve Africa,” he said, calling on participants to utilize the knowledge gained from the training exercise.

The Principal Trade Economist at the Ministry of Trade, Industry, Regional Integration and Employment, Baturu Camara-Ceesay, said the ministry recognized the efforts of the GCCI in the promotion and development of businesses in The Gambia,

She welcomed the training initiative and applauded the Indian government and IIFT for the cordial relationship and support to the government and people of The Gambia.

She further thanked the GCCI for effectively coordinating the five-day training activity, adding that such training courses help developing countries to develop their businesses, enhance trade relations and transform the economies and industries of least developed countries for the better.

Mrs Ceesay expressed hope that lessons learned at the course would be of immeasurable value to the participants and their institutions, adding that quality management is significant in all sectors of development.

She further stated that the Gambia government through the Trade ministry is always willing and ready to work with the private sector.

Dr M. Venkatesan, Associate Professor at the IIFT, thanked Gambians for the warm welcome and kind treatment accorded them in the “Smiling Coast of Africa”.

The five-day training exercise brought them closer, he said, and they relished the fruitful interaction they had with the participants.

In his vote of thanks, Sarjo Ceesay, a course participant from Gamtel, thanked GCCI and the Indian trainers for the opportunity given them to undergo the course.

“The past five days have been well spent and a lot has been gained too, both in theory and in practice. What was even more fascinating was the interactiveness in the programmes and the discussion circles during tea and lunch breaks.

The resource team: Dr M.P. Singh, Dr D.C. Singhal and Dr M. Venkatesan have demonstrated beyond reasonable doubt why they have been chosen to deliver the goods,” he said.

Sang Pierre L. Mendy of Skye Bank (Gambia) Ltd also shared some edifying and exciting experiences they had during the course.

He said the time spent during the training activity has huge benefits for all participants, as they will utilize the knowledge gained in their various institutions.

He encouraged them, and by extension, Gambian entrepreneurs to venture into the world of industrialization and transform the economy and development of The Gambia, as the entrepreneurs of emerging and industrialized nations are doing.

After all was said and done, the go-getter and success achiever of the five-day engagement was GCCI’s Sarata Conateh, who, together with her able team of staff at the Chamber, ensured the training session resulted in a resounding success, and the Indian facilitators, Gambian officials and the participants went away with certificates, gifts, pleasantries and lasting memories of the international business capacity building training. 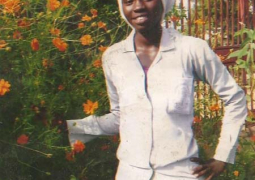