One Ndey Fatou Nyang, a resident of Kololi village last Saturday testified before Principal Magistrate Kayode of the Bundung Magistrates' Court in a case of threatening violence involving one Ebrima Gomez.

In her testimony, PW1 told the court that on the 20th July 2009, she was inside the room of the hotel when she heard people shouting. She informed the court that she then saw the accused coming towards her holding a broken bottle saying, "I will kill you." She added that the matter was reported to Kotu Police station and the accused was arrested and taken to Kotu Police Station.

The same bail condition was maintained for the accused person. 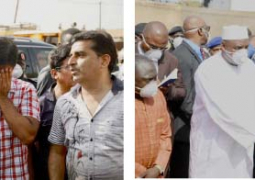