Commotion at Palm Beach Hotel as Staff Down Tools

There was commotion at the Palm Beach Hotel yesterday when the staff of the hotel downed their tools apparently after several months of work without pay.

The staff of the hotel on Tuesday embarked on a sit-down strike after having grown exasperated with the management for failing to pay their salaries for almost five months.

Yesterday, the entrance of Palm Beach Hotel was virtually overwhelmed when angry staff clustered around it, refusing to set to work. A section of men from the Tourist Security Unit (TSU), was on the ground to prevent the problem from escalating further.

Amadou Ceesay and Musa Dem of the Gambia Tourism Authority were also on the ground to enquire from the angry protesters as well as to pacify them. The dissatisfied staff had threatened to expose the management of through the media but Amadou Ceesay was overheard pleading to them not to do so as that, in his view, would only aggravate the problem.

According to the protesters, the refusal of Palm Beach Hotel to pay them their dues for nearly five months is real cause for protest. They went on to explain that the refusal of the hotel to pay salaries on time was getting to be a perennial problem.

"When Lai went to , it was his son who came in to pay us our salary arrears for three months. When he returned from , he never said anything about salaries," one of the aggrieved staff told The Point." The statement was corroborated by many.

When contacted, the proprietor of Palm Beach Hotel, Alhaji Lai Mboge, exclaimed: "Oh! It's my people. They have started again."

Lai confirmed that he had not paid his staff for over four months now but that the problem is a common one as many hotels are also grappling with the same problem.

"However, the problem will be solved by today as I'm currently at the bank. I have title deeds and was just speaking with my lawyer, so the bank will give me overdraft," Mr Mboge confidently said. 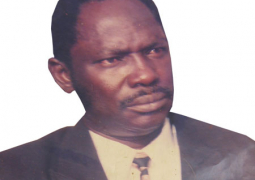 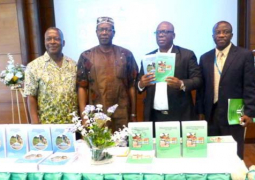