One Modou Touray was Wednesday arraigned before Magistrate Jagne of the Brikama Magistrates’ Court, charged with common assault.

The charge sheet read in court stated that the accused, Modou Touray, on 29 September 2013, at Kachumeh village, Kombo South District of the West Coast Region, assaulted one Fatou Mendy, by beating her all over the body.

According to the facts as narrated by the prosecuting officer, the incident happened on 29 September 2013, at Kachumeh village, Kombo South.

The accused, Modou Touray, went to the farmland of the complainant, Fatou Mendy, and asked her to leave the farm.

The complainant told him that she would not leave the farm because it belongs to their family.

The accused and his brother, Buba Touray, put pegs on the farmland and told the complainant not to remove the pegs.

The complainant and the accused person later met on the road where she was insulted by the accused, Modou Touray, and she returned the insult, and the accused assaulted her by beating her all over her body.

The complainant reported the matter to the Gunjur Police Station, and the accused was called for interrogation and he confessed.

After admitting to the charge, he was convicted and sentenced by bounding him over to keep the peace for a period of three months.

In a similar development, one Buba Touray, was also arraigned before Magistrate S.K. Jobarteh of the Brikama Magistrates’ Court, charged with common assault.

The particulars of offence read that the accused, Buba Touray, on 29 September 2013, at Kachumeh village, assaulted one MusuKebba Gomez, by hitting her on the nose.

He denied the charge and was granted court bail of D20,000 with a Gambian surety who must swear to an affidavit of means.

The case was adjourned till 7 November 2013, for hearing. 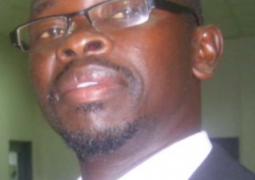