‘Cocaine 9 suspects have case to answer’

The nine foreign nationals involved in the multi-million dollar cocaine trial were yesterday told by the court that they have a case to answer regarding the allegation preferred against them.

This followed a ruling delivered by the acting-Principal Magistrate Alagba at the Banjul Magistrate’ Court yesterday on the no-case submission made by the defence on behalf of the accused persons.

In his ruling, the trial magistrate told the court that the prosecution had called 17 witnesses in support of their case, adding that at the closure of the prosecution case, the defence made a no-case submission.

He concluded that the prosecution had prove a prima facie case against the accused, dismissed the no-case submission and called on them to enter into their defence.

He then adjourned the case to 2 August 2011, for defence. 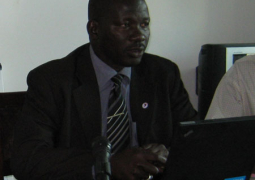