Who wants to take our coach away from us? ? ? No way! He is here for good. or may want to entice him with more money, together with other mouth-watering incentives. But we are sure that Coach Paul Put is not out for the highest bidder. He knows what he wants.

He wants a big name for himself; in a way he is already a historic figure, having taken the Scorpions to the den of the Teranga Lions and made a mess of their 2010 Nations Cup-World Cup ambition. His achievement is so great that even our football rivals now want him onboard to do for them what he has done for us - and will continue to do for us.

Coach Paul Put is not going away because he still sees his job in The Gambia as an unfinished business. Deep within him, he wants to have the glory of being the coach who takes The Gambia to both the Nations Cup and/or the World Cup in the near future. From what he has done so far, he has the capability to accomplish that goal. And not only that, he enjoys the goodwill of all Gambians, including the President himself. Money is important, but with Coach Paul Put what is more important now is a legacy that will entrench his name for posterity. Neither nor offers him that chance. He would like to be there with the Scorpions in their debut appearances in the 2012 Nations Cup and in the 2014 World Cup. Then his name will go down in history as the architect of the golden generation of Gambian football.

We are happy to see that Coach Paul Put himself has given his word to stick with the Scorpions through thick and thin.

Rather than being distracted from the job in hand with all these offers, we urge Coach Paul Put to ignore them and concentrate on building the Scorpions for the challenges ahead. This is the time to scout for new talents and strengthen the old ones. It is the mixture of the old and the new that will build the dream team for The Gambia. It takes time to build a winning team; ask Freguson, Morinho, Bruno and Westerholf and they will all tell you that it's an uphill task. With Coach Paul Put, we stand a chance of making it to the elite position of world football. So we are calling on him to stay and make history for himself and The Gambia. In other words, Coach Paul Put ain't going nowhere!

"The propriety of some persons seems to consist in having improper thoughts about their neighbours. 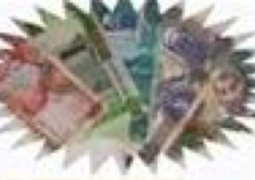 D30,000 to be dispensed in Pentagon Promotion Gunjur Got Talents competition