Following the extension of his contract on Wednesday by the government of The Gambia, the Belgian-born coach Paul Put and the goalkeeper trainer Franco left Banjul yesterday by SN Brussels ahead of their friendly international against Gabon slated for February 10TH in Paris.

In a brief interview with Pointsports yesterday, The Gambia Football Association, president SeedyMB Kinteh, confirmed the departure of the two football technicians.

Meanwhile Coach Paul Put, who had an earlier interview with Pointsports, stated that the players will join him during the weekend.

Previous:
2009 Governor's Trophy Kicks off Tomorrow
Next:
Our Ambassadors of Peace 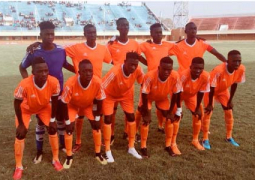