Dabani Electrical Enterprise Limited FC’s hopes of qualifying for the quarterfinal in the ongoing Gunjur Knockout competition suffered a massive setback following their 1-0 defeat to Late Dembo FC at the Gunjur Nyamina Football Field on Monday.

Late Dembo FC, who qualified for the league quarterfinal after finishing second position in their group with 7 points in three games, are also unbeaten in Gunjur Nawettan.

Dabani Electrical Enterprise Limited were eliminated in the group stage of the league after occupying third position in their group with 4 points in three games and missed qualifying for quarterfinal on goal differences.

The game was not an easy road to cross and both sides launched numerous goal-scoring opportunities but it was Late Dembo FC who were able to utilize one of their opportunities and scored a lone goal, which eventually proved to be the winner for the Santos-based outfit.

Dabani Electrical Enterprise Limited responded quickly for an equalizer and created some chances but fired them blank, thus the game ended 1-0 in favour of Late Dembo FC. 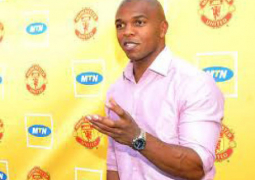