A worrying situation in our backyard

It was not long ago when we wrote on this page urging Guineans to maintain peace before and after the result of the country's presidential run-off was announced.

We argued that Guineans, especially the two presidential candidates - whether the loser or the winner, should have the bold mind to accept with grace the outcome of the election.

In that editorial, we urged the loser to realise that there will be another chance. And the eventual winner, we said, should reach out to the loser in the spirit of reconciliation and goodwill so as to move the country forward.

But the news coming from these days is indeed disturbing.

The BBC has reported that the Guinean authorities had declared a state of emergency as violence continued in the aftermath of a disputed presidential run-off.

Reports say ten people have been found dead in the capital after the latest clashes between the security forces and opposition supporters.

The political disturbances that gripped the country before this latest development are still fresh in our minds. There have been killings and reprisal killings that have been threatening the very foundations of the country, key among these is the September 2009 massacre that took place during the anti-junta protest against junta leader Captain Mousa Dadis Camara, who wanted to succeed himself as civilian president by contesting in the election.

Since then, things have taken a dramatic twist, in a country that has just had its first democratic election since gaining independence from in 1958.

It is however sincere to say that Guinea Conakry is apparently not yet back on track. For a country whose political history has been marked by tragedies and much turbulence, the people of Guinea Conakry seem not to have learned their lessons in dealing with the issues confronting them.

What needs is peace and stability, which can only be ensured by good governance. 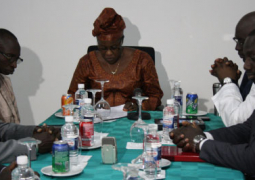