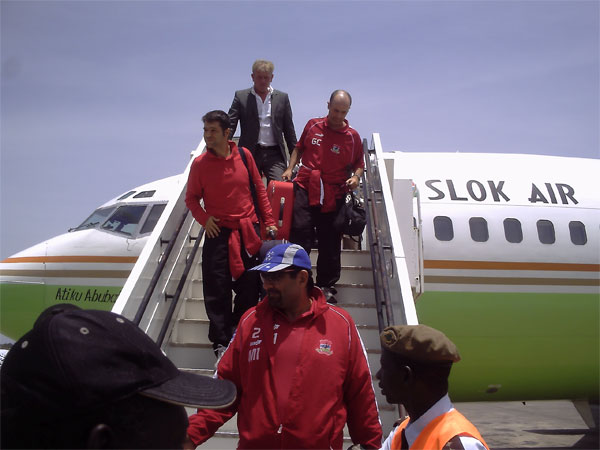 The head Coach of the senior National Team Paul Put has urged the Gambian population to come all out to support the boys in the upcoming match against on Sunday 8th of June 2008 at the Independence Stadium in Bakau. Coach Put made these remarks in an interview he had with Pointsports at upon the team's arrival yesterday from .

"We witnessed over 40,000 Liberian spectators in our match against so we would like the same thing for the Gambian team. The team played well and I was very happy to note the mentality and the motivation demonstrated by the boys. The free kick awarded against us which resulted in a goal,was not fair ; it was not a free kick at all. We also had three clear chances in the 2nd Half which Mustapha Jarju and Demba Savage got and could have utilised. I think we are on the right track, and with the help and support of the supporters and everybody, we can push the players over their limit. The players show a will to win. That is very important for any team. Ishall be looking for the video tape of the / game to see where I will be working towards in preparation for our next game and try to make some adjustments."

In his remarks, the Captain of the Scorpions, Ebou Sillah, said that he was very happy with the team's performance. "We played well, as you know we are not used to playing together yet, but everyone was doing his job well." He said that the game against is over " so we need to focus and start working for our next game with as they are always a difficult team to play. is one of the top teams in , and is a 'derby' game so it would not be an easy game,"He appealed to the general public to come out and give them support."By the help of God I hope at the end of the day we will give them good results," he stated.

It could be recalled that the Scorpions of The Gambia will host the Terranga Lions of Senegal in the Group 6 fixture of the World and African Cup qualifiers, on Sunday 8th Jun 2008. 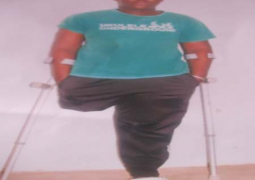