The former GFA Division One league champions and the city rivals Wallidan and Real De Banjul renewed their long-term rivalry with an intense League One encounter as part of Week Three fixtures with a one-all-draw.

The Blue Boys were forced to come from behind to snatch a second half equaliser from a penalty spot after the 2006 league champions star striker Edrissa Jarra netted his side’s opener from a penalty spot in the 61st minute following a wonderful cross from Real's influential skipper Saikou Okocha Jawara.

Wallidan, no doubt the most successful league club in the country’s top flight football with a total of ten (10) league titles to its name was without the service of Captain George Cole, who is serving suspension as a result of indiscipline. The former Gambia national U-17 and U-20 midfielder watched his side continued their frustrating start to the season on the sidelined.

But the Blue Boys under the watchful eyes of the club owner Alhaji O.B. Conateh, the honorary father of Gambian football made a sensational come back to grab a 67th minute equaliser through star Striker Modou Lamin Sillah, who rescued his side from conceding their second defeat in a row following an embarrassing 1-nil lost to Samger in the week second fixtures at the Serrekunda West Mini-stadium last weekend.

Real De Banjul, on the other hand, got off to a slow start to the season after opening their campaign with an emphatic 2-nil defeat to the league leaders and the Bakau giants Steve Biko as part of the opening fixtures, a fortnight ago.

Before traveling to Western Region to secure a one-all draw against the hotel club Sea view in Week Two of the league at the Box-Bar-Mini-Stadium last weekend.

Real and Wallidan both collected two points out of third possible league matches which is very much disappointing, considering the quality players at their disposal, coupled with their experiences at the highest level in Gambian football. But you cannot rule out their possibility of recovering from what could be described as an embarrassing start to the twelve club championship as the league progresses.

The two sides it could be recalled shared spoils in the first round of the GFA first division league championship for the past three (3) years.

Elsewhere on Saturday, GPA and promoted Interior were involved in a 1-1 draw at the Father Gough Sports Complex in Manjai, while Brikama United that traveled to Serrekunda East to face Red Devils Hawks also held Coach Sang Ndong and his men to a 1-1 draw to wrap-up Saturday’s matches all in a 1-1 draw. 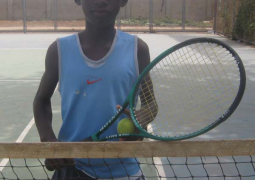