When the case was called, MB Abubakar representing the state said they have an application before the court based on section 234 of the CPC to call additional witnesses in court, by the name Ebou Gaye and Jawo Keita.

Defence counsel EA Gomez said he was served, and was not objecting to the application.

In his testimony, Ebou Gaye said he is a CID officer attached to Tallinding Police Station and was familiar with the accused in the dock.

He said he could remember December 2014 at Ebo Town Police Post where they received a murder complaint, after which he and his team visited the scene.

On their arrival at the scene, they found a big concrete stone and then proceeded to the house of the accused, where he was arrested and taken to Tallingding Police Station, he said.

At the station, he obtained a cautionary statement from the accused in the presence of an independent witness by the name Ousman Darboe.

Officer Gaye stated that he read the cautionary wordings to the accused and recorded it in English, and later translated to the accused in wollof before it was endorsed by him and the independent witness.

The cautionary statement was tendered in court and marked as an exhibit without any objection from the defence.

He said the accused, together with the case file, was forwarded to the Major Crime Unit in Banjul for thorough investigation.

The stone found at the scene was identified in court by the witness.

After the testimony of PW3, the defence counsel, EA Gomez, said he did not have any questions for the witness.

The prosecution then called Sulayman Jallow, as their fourth prosecution witness, (PW4), who stated the same evidence as PW3, saying they were at the scene together.

Under cross-examination, Sulayman Jallow said the concrete stone was the only stone they found at the scene, adding that people also were at the scene.

He said one Sulayman Jatta was the witness that pointed out the stone to him. 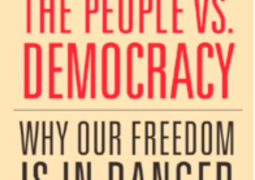 Exciting moment of wrestling in Kunkujang this weekend