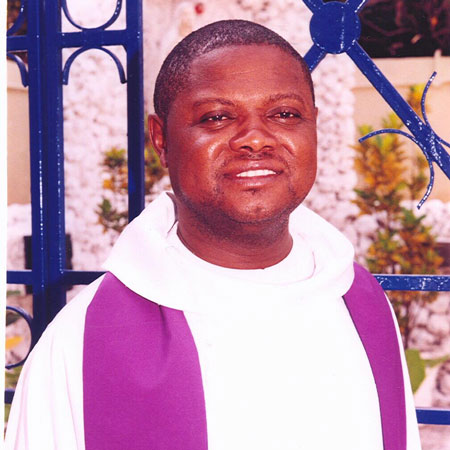 It would be quite unfair to call Christianity a class religion just at it is wrong to generally associate it with any particular race. The Kingdom of God is for people of every class and race, so the religion that announces this kingdom to humanity must definitely embrace all.

This point having been established, the fact still remains that the message of Christianity appeals more to those who belong to the lower segment of the society and that the poor and the handicapped are generally more disposed to the kingdom of heaven and its advent. The reason is obvious. The rich and well placed of the world are most of the times caught up in the spirit of materialism and as such develop a cold heart towards the things of the Spirit. They have got a taste of the earthly wealth and as such want to guard it and to have more at any cost.  They have also tasted position, power and other material values at the expense of kingdom values. Christ the Lord warns against the glamour of earthly riches and told his disciples to be on their guard against avarice of all kind (Luke 12:15).  He told them clearly that it is not possible for one to serve both God and wealth (Matthew 6:24).  On seeing a young man who could not accept this invitation to the disciple-ship of the kingdom because of his material wealth, he sighed and made the following declaration to his disciples:  “How hard it is for a rich man to enter into the Kingdom of heaven.  It is better for a camel to pass through the eye of a needle than for a rich man to enter into the kingdom of heaven” (Luke 18:21-25).

In what was believe by many to be the most eloquent of all the preaching’s of Jesus Christ about the kingdom of heaven, known as the sermon on the mountain of St. Matthew’s Gospel and the sermon on the plain in St. Luke’s Gospel, the first line according to the two respective Gospels read as follows:  “Blessed are the poor in spirit, theirs is the kingdom of heaven” (Matthew 5:3).  “Blessed are you who are poor, yours is the kingdom of heaven” (Luke 6:2).  The similarity and difference between these two go a long way to show that as far as Christianity and its values is concerned, most of the times, the line of difference between material and Spiritual poverty is either tiny or invisible.  Those who are poor in this world’s riches are more prone to trust in God and to look up to him for their daily bread.  Christianity and its doctrine of man’s nothingness before God makes more meaning to them.  More often than not in the Old Testament God used poor, fragile and insignificant people to bring victory to his people and glory to his name.  The cases of Ehud, (Judges 3:12-30),  Jeal (Judges 4:17-23), Gideon (Judges 6:1-8:21), Jephta (Judges 11) and David (1 Samuel 17:32-54) are few among many other cases.  When the door opened for the New Testament, it was through Mary, a lowly virgin of Nazareth that God effected his plan of sending a Saviour to mankind (Luke 1:26-35).  From all indications then, it could be clearly seen that the poor have a pride of place in God’s plan of salvation and as such, in the kingdom of God.  Fr. Donald Dorr named one of his books, “preferential option for the poor”.  This idea; I believe could rightly be traced to God in the whole range of his relationship with the poor.  In the Old Testament, the poor ones among God’s people are fondly referred to as “The poor of Yahweh”.  The following sections of God’s word say more on the privileges of the poor.  Isaiah 35:4-7, Psalm 145, the Letter of St. James 2:1-5 and the Gospel of Mark 7:31-37.

A greater part of the prophecies of the Old Testament was nothing but a message of hope to the poor and the weary.  Most of the prophecies were made in the context of the event of the exile and the aftermath of it.  The exile was an event of that broke the Israelites as a nation and humiliated her inhabitants as a people.  Never in history was a people in touch with their own wretchedness as human beings as the Israelites of old were in the days of the Babylonian captivity.  Their sense of their nothingness and brokenness was a point of Prophet Isaiah’s raising their minds and hearts up to God in hope.  Days are gone when they could afford to boast of their military might, of their wealth or of the safety of Jerusalem. Having been humbled materially, their spirits have no other place to look up to than God.  Prophet Isaiah anchored on this, his following message of hope:  “Say to all faint hearts, courage! Don not be afraid.  Look, your God is coming vengeance is coming, the retribution of God, he is coming to save you” (Isaiah 35:4-5).

The pastoral role of the Church in the Tourism industry