According to a media dispatch issued by WANEP, the objective of the training was to contribute to capacity strengthening of community-based organisations, groups and associations, for wider participation and representation while providing trainers with knowledge and skills on networking, advocacy, organization and communication.

It revealed that the 40 participants drawn from North Bank and Upper River Regions also included 14 women and 26 men; representatives from Local Government, community and faith-based organizations, associations and groups.

“The workshop was formally opened by the deputy Governor of Lower River Region, Ebou Njie, and in his remarks he emphasised the need for community participation and to work together with the local government for effective decentralization of the process and the sustainable development of the target regions,” it said.

Ms Pamela Cole, National Network Coordinator of WANEP Gambia, encouraged participants to make good use of the opportunity by focusing on the deliberations and making it quite interactive and interesting.

During the four days, participants were exposed to concepts and principles of democracy, the decentralization process with a focus on the LGA Act 2002; the structures, roles and responsibilities of councilors.

To compliment earlier topics discussed, the workshop dwelled on the community development, bordered on empowerment, community dynamics and inter-play between the local government and the community.

At the end of the four-day residential workshop, the capacity of participants where built. They were also given more knowledge on the decentralization process of The Gambia.

The participants also enhanced knowledge on conflict and peace building and appreciation of different strategies used in empowering communities.

Well renowned and experienced facilitators, such as legal practitioners and development workers, were among the resource persons of the workshop.

As a follow-up to the training, a regional link committee network has been established for further consultation and partnership building.

The link committee will serve as a link between the local government structures at the community level and the rest of the community to further work with the grassroots. 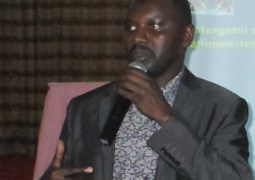