As fighting between the Taliban and government troops in intensifies, the charity Action Aid says that children and young people form the majority of the 750,000 to one million people leaving the and surrounding districts.

Action Aid has found that the children face particular dangers and hardships both on the journey and when they arrive and settle in camps or private homes, and fears that many could fall prey to child trafficking which was prevalent in after the earthquake of 2005.

Javeria Ayaz Malik, communications coordinator for ActionAid , said that there have been media reports of young children abandoned by their families along the route: "Up to 70% of the displaced populations are either children or young people.

"Families have been separated as some members took to the road while their relatives remained at home, either unwillingly trapped due to fighting and curfew, or intentionally staying back to look after houses, possessions and livestock."

The journey is long and hard. Transport is scarce and children are walking distances of more than 100km. Many arrive with blistered feet or holes in their shoes.

"Whether deliberately abandoned or merely lost, children can easily fall prey to child traffickers and end up enslaved in the sex industry or other forms of exploitation," Malik said.

Life for children and families after they leave the Valley statistics show that only 10%-15% of the displaced are staying in camps. Nearly 80% are residing with host families whilst 5% are living with friends and relatives or in rented accommodation.

The camps are being seen as a last resort. The heat inside tents is oppressive, yet women do not like to venture outside and may wait until dusk to go to the toilet. Malaria is spreading. Hygiene is poor.

Instead of toilets, many children are using makeshift pots inside their tent, close to where food is prepared and eaten. There are no showers and many people have not bathed since they came to the camps. Soap and water are scarce.

Living temporarily with a host family is the preferred option. But whilst families can gain shelter and privacy in a private home, ActionAid is concerned that their other needs are not being met.

The majority arrive with no possessions, and need bedding, kitchen utensils and basic toiletries. They need food, including milk and other nourishing foods for young children.

Most people coming from the conflict areas do not have enough cash to purchase all this for themselves. Families are taking out loans to cover purchases and rent, and they are looking urgently for sources of income.

Child labour is common. If boys are idle their families will be tempted to send them out to work. Boys are unlikely ever to return to education once they have started working.

Action Aid will be giving learning materials and other school equipment and it plans to recruit 32 teachers to provide informal schooling and keep children on the educational path.

In a displaced population which may be as large as 1.3 million people, inevitably there are many births every day. Women fleeing the conflict have given birth on trucks or on the bare ground. In the camps, births are rarely attended by a doctor or midwife. Women's health issues need immediate attention and ActionAid will be providing mother and child healthcare facilities for 4000 families.

Overall, Action Aid will help 4000 families in Swabi, Mardan and Hasan Abdul. The charity has appealed to its supporters for donations, and altogether hopes to raise up to £500,000 from for its work in the crisis.

Besides delivering urgently-needed relief, Action Aid will watch for violations of the rights of displaced people and engage with government and other agencies to ensure human rights are protected.

ActionAid will work to involve the displaced people in the relief process so that they do not end up becoming passive recipients of aid. Young people who are currently idle, as well as older women and men, will be mobilised to ensure that relief work is undertaken by government and non-governmental organisations in a transparent and accountable manner. 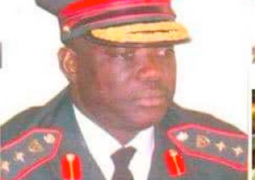