The meeting was meant to share their story, achievements and challenges with the media.

Briefing reporters, Mustapha Kebbeh, acting National Director of ChildFund The Gambia, said they are celebrating 75 years of existence, from 1938 to 2013.

He said ChildFund started in 1938 when it was called China Children Fund, adding that it started during the China-Japan war when a lot of children were orphaned because of the war.

The founder of ChildFund called Dr J. Calvitt Clarke saw the need to support children who were suffering at the time and formed the organization, he said, adding that it started in Asia, then moved to America, and over the past 75 years this evolution has served the world rightly.

He said ChildFund International was opened in The Gambia in 1983, and there is also the ChildFund Alliance which is the bigger group comprising about 54 countries.

He said ChildFund International is working in 30 countries 11 of which are in Africa, and in West Africa they are working in six countries.

Mr Kebbeh said that throughout the 75 years of their evolution, there have been tremendous achievements to celebrate.

He said they have been able to institutionalize and support children in very difficult circumstances in all the countries where they have worked, adding that their focus is on deprived, excluded and vulnerable children.

These deprived children consist of children who do not have the right opportunity, or the opportunity around them is not exploited to the fullest to reduce poverty, he said.

As an organization, he noted, in their history they have been able to help young people through stages of life from infancy to adulthood.

He said that most of the people who pass through their organization have become professors at renowned universities, medical doctors, and people in different forms of development.

He added that they are working with community development organizations in promoting the welfare of the child and the family within the community.

ChildFund started in The Gambia in 1983 and since then they are involved in helping in different areas, Mr Kebbeh said, adding that they are virtually in education and they look at those working in community starting on projects.

Through those projects, he noted, they work with communities to empower them, and the communities will in turn form their own CBOs to be able to support children in their own communities.

He said they are not supporting all children though, but are working with the communities to identify children that are in their sponsored programme through their childhood stage from zero to eighteen.

He said ChildFund is non-discriminatory; the criteria that suits one suits another and they are not prioritizing female over male.

The youths between the ages of 15 and 25 are supported with life skills, adding that each year they spend about D120 million on child support.

Their major source of funding comes from child sponsorship, he remarked.

James Cimundu of ChildFund said the organization is engaged in protecting lives and ensuring better livelihoods for children, while the government has provided the enabling environment for them to be able to deliver.

Over the years, he noted, they have worked together to achieve success, saying they are really focused on building capacities at community level working hand in hand with the government.

He commended the director and his team for sustaining the organization for 30 years, and for the impressive work they have been doing. 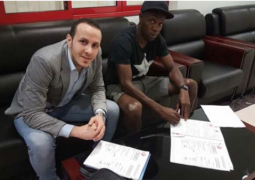